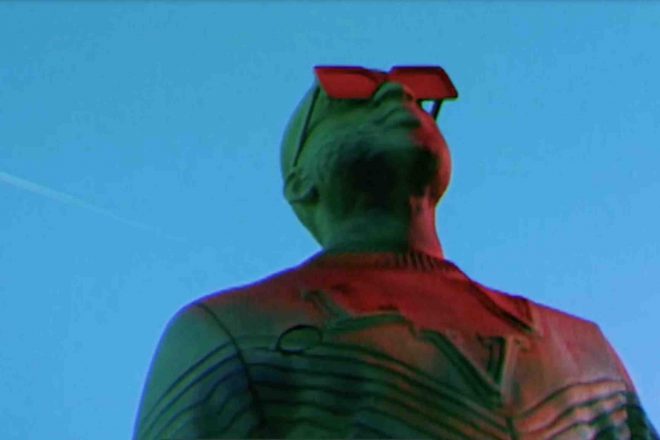 The Art Basel in Miami Beach was supposed to be the opening of Louis Vuitton’s latest event alongside the announcement of a new menswear store. However, the show which had been planned by Virgil Abloh was converted into a tribute show for the designer who passed away from a secret battle with cancer on November 28.

The show named "Virgil Was Here" featured his SS22 collection and began with a message from Abloh saying: “I’ve been on this focus, in terms of my art and creativity, of getting adults to behave like children again,” he said. “That they go back into this sense of wonderment. They stop using their minds and start using their imagination.”

Reported by The Business of Fashion, the brand spared no expense and no detail for its Miami Beach event. This included using a monogrammed Louis Vuitton carpet to lead the shuttle yachts of guests.

Read this next: Virgil Abloh has passed away aged 41

The show also saw Louis Vuitton’s CEO, Michael Burke read a speech about his time meeting Abloh 15 years ago in Tokyo and how he considered the designer as a son to him.

He continued: “The deeply moving show we are about to see is born out of an idea Virgil and I first discussed three years ago. It is based around the traditional coming-of-age narrative, but of course, being Virgil, he spun and recontextualized the concept for the 21st century, and in doing so expressed his own unique talents and vision.

"This idea of coming of age was important to Virgil because inspiring and empowering younger generations defined who he was. He used the platform he had to break boundaries, to open doors, to shed light on his creative passions, art, design, music, and of course, fashion, so that everybody could see inside – not only to dream of being part of that world, but to also find ways to make that dream a reality.”

Read this next: RIP Virgil Abloh: A creative juggernaut who gave generously to the world

Attending the event were many of the DJ and designer’s friends including Kim Kardashian, Kanye West, Silvia Venturini Fendi, Kerby Jean-Raymond, Edward Enninful and more.

The show closed with a drone-choreographed light display which saw a paper plane flying through the sky before spelling out “Virgil was here”.