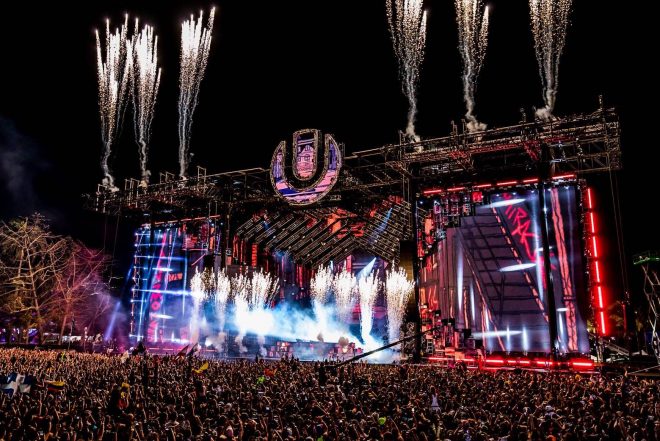 This weekend Ultra Music Festival descended on Miami for the 21st annual edition of the flagship electronic music event.

As with previous years, the festival lined up an all-star cast of global dance music DJs including the likes of Martix Garrix, Carl Cox and David Guetta. However, organisers have been criticised by both fans and DJs for an unusual main stage performance from KFC mascot Colonel Sanders.

A DJ wearing an oversized helmet with the Colonel's face on hit the stage on the festival's opening day (March 29) to a pre-recorded message jesting, “Any of y’all hungry for some beats?”. As seen in video footage, the performance was met with an awkward audience response.

Many DJs, including the likes of Marshmello, The Black Madonna, Alison Wonderland and more, expressed their thoughts on the stunt via social media. In a since-deleted tweet Marshmello wrote, "This @kfc colonel sanders Djing at @ultra is lame. I can think of a lot of other artists that actually deserve to be on that stage instead.”

The festival has also come under fire for a lack of post-event organisation at its new home on Florida's Virginia Key. After attendees were left nearly stranded on the island due to transportation issues on the opening night, many took to Twitter to share their experiences leaving the festival, labelling the event 'Fyre Festival 2'. As reported by Miami Herald, some festival-goers walked more than two miles across the Rickenbacker Causeway back to Miami.

“Last night, many of you experienced challenging transportation conditions leaving the festival. This is unacceptable and inconsistent with the high standards you have come to expect from us. For this, we are sorry.

As you might expect, we have already been working cooperatively with our city and county partners to promptly address and resolve these issues.


We look forward to offering you a significantly improved transportation experience today and throughout the weekend, and we appreciate the opportunity to earn back your confidence and trust."

this made me feel so awkward watching :/// wtf is this cringe. Ur right. There are some of the most amazing up and coming artists who should be seen and who deserve to be seen. Yuk.

Also let’s be real, Ultra selling ad space on the EDM Main stage at one of the most commercial festivals feels like some horrendous logical conclusion to the direction that part of dance music has been heading. It’s not exactly Ronald McDonald at Berghain is it.

.@ultra you have 30k people doing a 5k walk back to mainland. This has to be sorted for tomorrow! #fyrefestival2 #fail pic.twitter.com/xHu8YI4quf