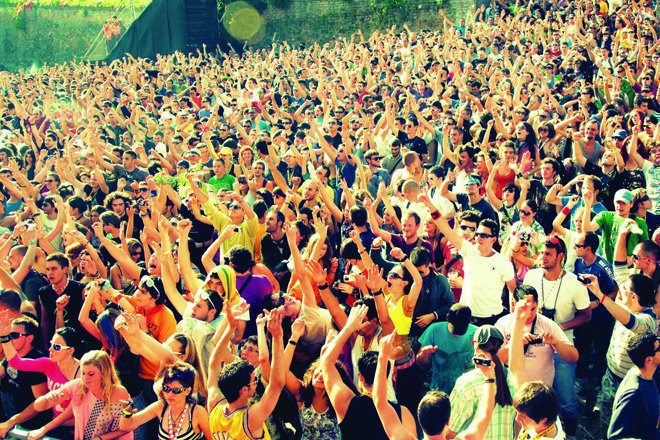 The Association of Independent Festivals (AIF) has called for urgent support from the UK government after the removal of COVID restrictions was delayed by a month.

On Monday, the Prime Minister Boris Johnson announced the intended date of June 21 will now be delayed until July 19 to allow more people to be vaccinated.

Read this next: Boris Johnson insists July 19 will be end of restrictions in England

But the AIF has said without government help most of the UK’s remaining festivals in 2021 are likely to be cancelled.

AIF analysis says that 93% of remaining UK festivals with a capacity of over 5,000 people could still potentially go ahead this summer - but not without insurance.

Previously, the AIF said it had hit a “brick wall” with the Government after a lack of festival insurance resulted in widespread event cancellations.

Read this next: Prime Minister has “switched the lights off” for nightlife with lockdown extension, says NTIA

In May, Culture Secretary Oliver Dowden said the possibility of government-backed insurance would only be considered once restrictions were lifted on June 21.

In a DCMSC committee meeting on May 13, Dowden said: “I don’t think it’s reasonable to expect the taxpayer to provide a full indemnity for all those events if it’s not possible for them to happen.”

He also said the UK was “well on track” for reaching Stage 4 of restriction lifting, and that the Government would then “look at” if assistance was still needed for music festivals.

However, without insurance, festival organisers are reluctant to shell out huge sums as they run the risk of financial ruin.

AIF research found the average cost of staging a festival in the UK is £6 million.

A recent survey also found a third of festivals don’t have cash reserves to survive another year of lost income.

In addition, festival businesses have spent on average over £345,000 on surviving up to this point.

If festivals cannot take place, 34% of survey respondents said they would have to make redundancies of 75% or more.

The AIF have called for a funding package that will be accessible from July 2021 to ensure festivals can survive until 2022.

Read this next: NEWS The government will be challenged on June 21 delay by clubs and nightlife businesses

“However, any measures that prevent festivals from operating fully have to be counterbalanced with effective support to ensure businesses can survive.

“For those festival organisers that still have a chance of staging events after July 19, that support is government-backed insurance, which will give them the confidence to continue planning and commit the significant costs that entails.

“Ultimately, it is a political choice if the Government does not support the sector with insurance at this stage, pushing festival businesses towards another cliff edge.”

He finished: “We also must not forget those festivals that have already been forced to cancel or will do so as a result of the delay - they will need a swift and comprehensive financial package to help them survive until the 2022 sales cycle.”

In a blog post on LinkedIn, Nick Morgan, CEO of We Are The Fair, said: "We are effectively in a worse position than we were last summer. With less inventory in the market, suppliers, understandably, have been demanding deposits to secure materials and thus, we/our clients have had to pay deposits for events that we all know cannot currently be underwritten. If those events cannot go ahead the system WILL collapse and we will see many liquidations and redundancies, as well as losing some of the most talented event professionals in the world. Although 2020 was equally horrendous, cost exposure was relatively low as events were cancelled much further ahead.

"The industry is on a knife-edge yet again. We are still not open, and uncertainty is again rife."