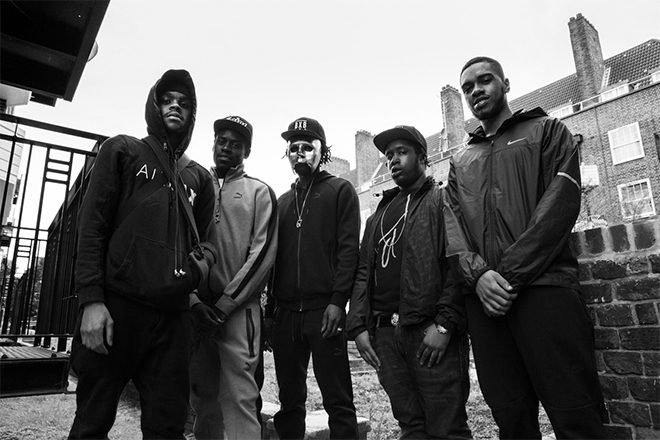 The prominent UK drill crew 67 has shared open letter with The Fader to address the recent and widespread slandering of the group's musical genre.

In the letter, written by 67 crew member Dimzy, the group claims that they "don't think its right to blame or alienate one music genre as a scapegoat." Dimzy goes on to scrutinize the way the media portray their genre as the being the driving force behind "the sporadic rise in the number of violent crimes in London" and ask why other forms of entertainment that glorify violence and crime are not being blamed as well.

"The media haven’t turned to the writers of certain video games or films to blame them for the actions of those committing crimes," he writes. While recognizing that "music is more of a personal account from its writers," Dimzy belives that "the message being displayed" in movies and Netflix shows often mirrors that of 67's violent aesthetic and tone.

Dimzy goes on to state his crew's resilience in this time of uncertainty and ends the letter with the hope that "people can see beyond the media scapegoating us for the problems in our fragmented society."

Learn more about UK Drill and how it came to dominate the streets of London here.