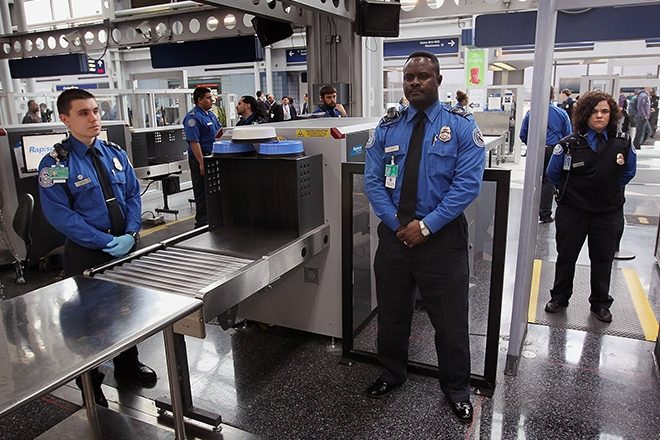 Entering day 25 of what has been the longest government shutdown in US history, reports have come in that TSA agents working at JFK Airport in New York City are blasting explicit hip hop songs over the airport's loudspeakers.

Since Donald Trump refuses to back down on his plans to build his godforsaken border wall, millions of federal workers are continuing to work without pay. The US government has 58,000 Transportation Security Administration (TSA) employees on its payroll and since the shutdown, many airports around the country have been struggling to get their staff to show up and stay focused on the job.

The TSA agents at JFK airport have decided to make the most of the situation by taking over the airport's soundtrack and blasting uncensored hip hop at the screening area. Passengers have reported hearing tracks like 'Sicko Mode' by Travis Scott and lots of Drake. Adding further to the troll factor, Kanye West's "poop joke" track 'Lift Yourself' has also been cited as a TSA favorite.

Check out some firsthand reactions to the TSA agents’ new playlists.

JFK airport carousel blasting “No Sleep Til Brooklyn” at 10:30 PM is kinda alright with me.

I was in JFK at 6:30am the other day and they were playing that poopty scoop Kanye song and I felt like I was in the twilight zone

JFK Airport blasting Ludacris at 5:45 am is a vibe