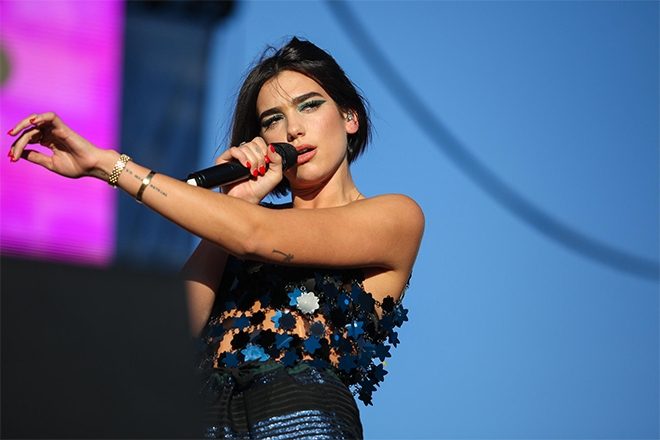 Today, Spotify has shared the most streamed artists, tracks and albums of 2018.

The statistics show that 2018 undoubtably belonged to hip hop. With over 8.2 billion streams this year, Drake takes the crown as the world's most streamed artist. Following Drake in the category are Post Malone, XXXTENTACION, J Balvin and Ed Sheeran.

Releasing her highly-anticipated fourth album 'Sweetener' back in August, Ariana Grande has topped the list of Spotify's most streamed female artists in 2018. Hot on her heels is the pop sensation Dua Lipa, followed by Cardi B, Taylor Swift and Camila Cabello.

An album that was at one point racking up 10 million streams an hour, Drake's 'Scorpion' LP wins out for the most streamed album of the year. Post Malone's 'beerbongs & bentleys' comes in second with XXXTENTACION's '?' and Dua Lipa's self-titled debut studio album following behind. Coming in at number five is Ed Sheeran, whose album '÷' topped this same list last year.

In Spotify's most streamed groups of 2018 list, a category which specifies that any said "group" must have three or more members, Imagine Dragons grabbed the number one spot. Following behind is K-Pop sensation BTS at number two, Maroon 5 at number three and the rap trio Migos as number four. The fifth most streamed group goes to Coldplay, a band that managed to nab the number one spot back in 2017.

Perhaps the most fascinating of all these categories is the section that shows the top five genres that grew in 2018. Taking the number one spot is EMO rap, followed by lo-fi beats, deep talent show (a Spotify genre that essentially features participants from the TV show The Voice), ringtone and the popular Brazilian genre, Brenga Funk.

So, there you have it, folks. Not an electronic music artist in sight. No reason to fret, however. This list most certainly does not come as a surprise to most of us and Mixmag will be sure to deliver a thorough list of the best dance music labels, albums, artists and tracks of 2018 before the end of this year.

Check out Mixmag's top 50 albums of 2017 and be sure to keep your eyes peeled for our 2018 round-up later this month.