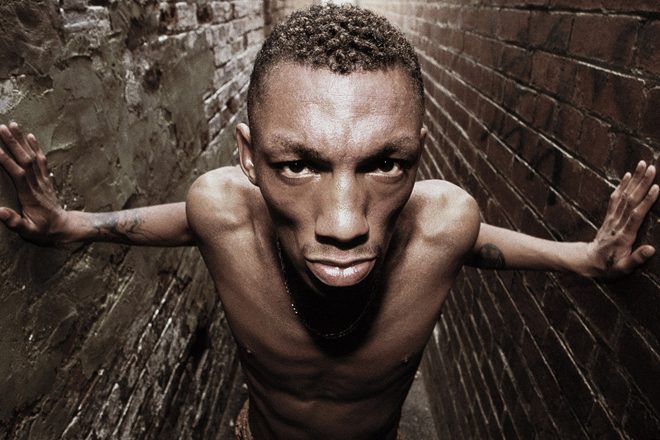 Bristol might have spawned artists like Massive Attack, Portishead and Roni Size, but that hasn't stopped Tricky saying the city has no music scene whatsoever.

The Bristolian musician, who worked with Massive Attack early on in his career, was speaking to BBC West when he made the comments.

In the short video, the 'Maxinquaye' artist said: "There's never been a music scene in Bristol. That's all hype. Just all hype. Bristol ain't this magical music place. That's just not how it is, that's just what people write about Bristol. It's all like a fairytale.

"If Bristol was so good I would have got my record deal there and still be living there."

Tricky's first two albums, 'Maxinquaye' and 'Pre-Millennium Tension', were released on 4th & Broadway, a label under the Island Records umbrella. 'Angels With Dirty Faces' and 'Juxtapose' were also released on Island in 1998 and 1999 respectively.

It seems his comments weren't necessarily aimed at artists from the South West England city, instead at those responsible for making those musicians bigger.

Tricky clearly hasn't been looking hard enough. There might not be many bands coming through, but Batu's Timedance label is at the heart of a growing movement of off-kilter techno, while artists such as Shanti Celeste, Hodge, Asusu, Kahn, Neek and Ploy are all from the city.

Commenters on the Facebook video didn't agree with him, either. One said "Shut up you silly, silly man. Clearly you are very mistaken," while another said Tricky was the wrong person to interviewed on such a topic.

Bristol did get a kick in the teeth at the end of last year when it was revealed boat venue Thekla was under threat from developers.

We headed to the city in October last year for Simple Things, a one-dayer featuring the likes of Daphni and Omar Souleyman.

Check out our Evolution of Massive Attack video below.

Inside Out West with Tricky airs at 7.30pm on BBC One tonight (February 5).