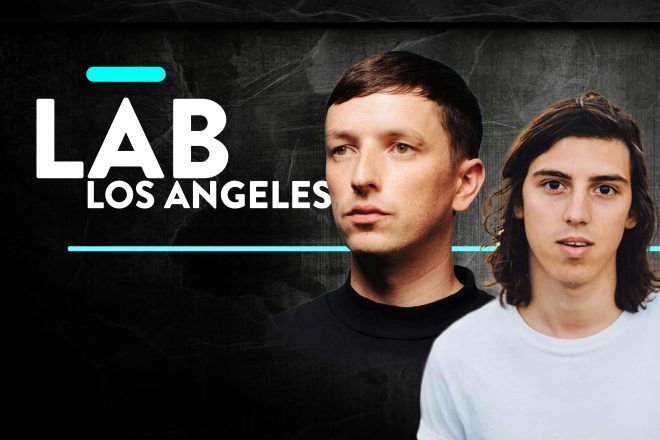 The Lab LA is Mixmag and WAV's weekly live stream and post-work unwind, powered by Void Acoustics, where we showcase the finest DJs direct from our downtown Los Angeles office. This Thursday we welcome Totally Enormous Extinct Dinosaurs and Durante for a special double header in The Lab LA!

Orlando Higginbottom, a London native and classically trained musician, created Totally Enormous Extinct Dinosaurs in 2009. After debuting his tongue-in-cheek moniker with Greco-Roman, it was only a few years later that TEED unveiled his debut album 'Trouble' to high praise. He went on to launch Nice Age, a crossover "record label, fashion label, party label and sticky label" in 2014. Most recently, after a three-year long hiatus, TEED has returned with a handful of original tracks that have recaptured his patiently awaiting fanbase. His latest tune 'Body Move' departs from emotional and delicate tones of 'Leave a Light On' and 'Don't You Forget About Me', marking TEED's anticipated return to the decks and the dancefloor.

Los Angeles-based Durante derives his heart, soul and creativity from his Italian family's traditions in the kitchen and has translated it to his original blend of colorful, Latin textures (influences borrowed from his time spent raised in Florida), inspirations of synth-heavy disco, making for a house and techno sound absolutely unique to Durante. He's also a part of Mixmag and WAV's Magnified program. Find out more about it here.

Totally Enormous Extinct Dinosaurs is heading out on the Nice Age tour with Durante this fall. Find tickets and stops here.

On opening duties, we welcome Los Angeles-based TK Disko, one half of Split Secs and founding member of the DJ and production collective, 40 Thieves. Find more from him here.


Subscribe to Mixmag TV and follow Mixmag on Facebook to watch Totally Enormous Extinct Dinosaurs and Durante in The Lab LA on Thursday at 7:30PM PST.


On WAV, fans can discover new artists and follow their journeys through exclusive content, interactive live streams and behind-the-scenes clips. Aside from being an artist discovery hub, WAV is a producer of quality original series and live-streamed content. Download WAV in the iTunes and Android app stores now.