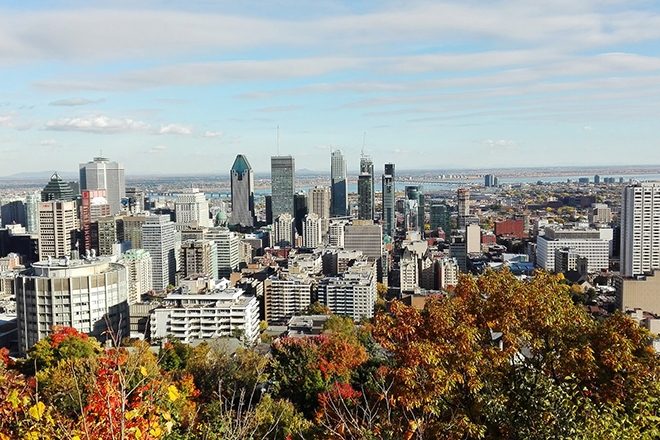 Thousands of people gathered on Montreal’s Mount Royal, near Jeanne-Mance Park, at the weekend, October 23, to protest against the ban on indoor dancing imposed on the city and wider province by the Quebec government.

DJs across four soundsystem-powered stages rolled out a soundtrack to the peaceful protest, as thousands of people, ranging from young kids to seasoned ravers, called for politicians to “Open Dance Floors / Ouvrir Les Pistes De Danse".

Read this next: A protest without politics?: We went to London's Save Our Scene march

Indoor nightclubs and music venues have not been allowed to open without restrictions in Quebec since the beginning of the pandemic, with no-dancing rules imposed on the dancefloors of bars and nightclubs.

This is despite large venues such as the Bell Centre being allowed to reopen at full capacity for concerts and hockey games for crowds reaching 20,000 people.

Speaking to CBC, one protestor commented: "I feel like if we're at a point where we can be in a crowd that large indoors, I don't see why nightlife can't be allowed if people follow health measures."

Another said: "We're ready, we're responsible people, we're all vaccinated and we just want to be able to try to get back to normal a little bit and have some fun."

A number of Montreal music institutions and collectives helped organise the protest, including clubs such as Stereo, New City Gas, Club Unity and Le Salon Daomé.

"When we see concerts and shows with people dancing and singing with no masks on ... we just now look at it and say it's not fair," said Stereo co-owner Mike Rein to CBC. "We're OK with masks, we're OK with passports, we're OK with everything. We just want the right to open."

Outdoor events such as MUTEK and Piknic Électronik have been running in Montreal this summer, but with the harsh winter approaching, nightlife fans will need indoor spaces operating in order to get their dancing fix.

"We've waited long enough and, honestly, I don't think that any of us can go another winter without raving," said one protestor to RA.

Read this next: Ukrainian partygoers protest against police violence and illegal detention of musicians

British Columbia is the only other Canadian province continuing to force a no-dancing rule in bars and nightclubs alongside Quebec.

Check out footage and images of the protest via Misstress Barbara, Don Mescal and OCTOV below.