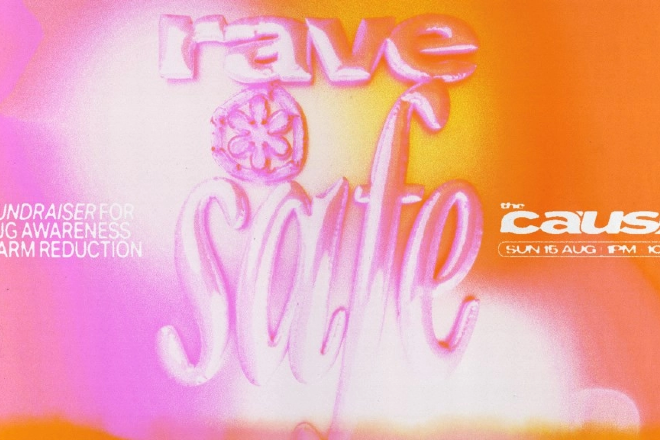 A fundraiser for drug awareness and harm reduction has been organised by the Cause.

Titled RAVE SAFE, the event will raise money for the drugs awareness and harm prevention non-profit the Loop.

It will take place this Sunday, August 15 at the Tottenham venue, from 1:PM to 11:PM.

The announcement follows the death of 21-year-old Bill on July 31. Bill passed away after a suspected drug overdose. He had attended a party at The Cause the night before.

Of the incident, the team behind the nightclub said:

“Sadly this is one of many incidents involving hospitalisation or death that has occurred in recent weeks since clubs have re-opened in the UK... we want to prevent further tragedies and we want to help educate and raise awareness as much as possible.”

Whilst the lineup for Sunday's event is currently a work in progress, previous last-minute fundraisers at The Cause have featured the likes of Four Tet, Jamie XX, HAAI, Call Super, Shanti Celeste, Leon Vynehall and Machine Woman. In the official announcement, the organisers urge partygoers to "have faith in us delivering a mega party for an amazing cause."


Bill’s family have also shared a campaign in his memory, with donations helping to “build a legacy for Bill by developing ideas alongside Bill’s friends and the music institute he was studying at, BIMM (whose aim is to help young people find their place in the industry).”

The family’s fundraiser will also contribute to charities that help to raise awareness for drug safety in the nighttime industry.

This week, Reading and Leeds festivals have set forth plans to make young attendees aware of the risks of multiple drug use, mixing drugs with alcohol and the importance of staying hydrated. The organisers plan to spread the message via animations which will be screened in the lead up to and at the respective events.