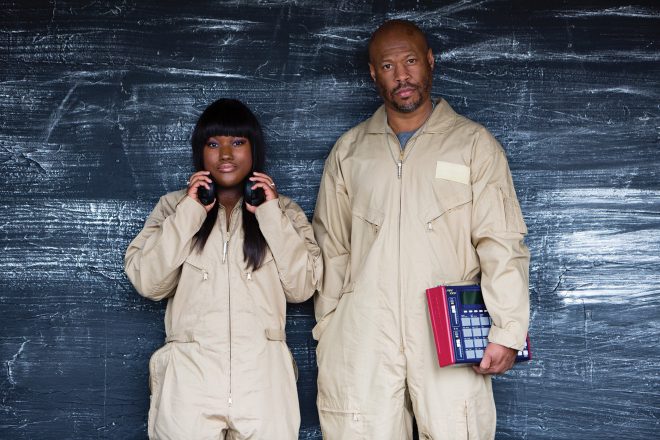 ‘Get My Mansion Ready / Out Of Control’ is the next two-track release from Floorplan, coming to Classic on November 5.

The duo - comprised of Robert Hood and his daughter, Lyric Hood - are set to bring their second release via Luke Solomon and Derrick Carter’s label, Classic. The imprint is owned by major players Defected, starting up some 30 years ago in 1994.

The first track on the next project features the enormous ’Get My Mansion Ready’, honing in on the duo’s notable sound. Stylistically Floorplan, the second track ‘Out Of Control’ also find its feet in the duo’s Detroit house sonic.

Read this next: Floorplan: A spiritual encounter

“As you know by now, spreading the Gospel through house music is what we do. Please join us as we ‘Get Our Mansion Ready’ in a world that’s 'Out Of Control’,” said Floorplan on their forthcoming release.

The next project follows the duo’s debut on Classic earlier this year with ‘Right There / Holy Ghost’, which brought their signature four-to-the-floor and Gospel vocal-crossed alignments to the ears of Floorplan fans.

Speaking on why he chose to work with them again on the imprint, Luke Solomon said: “I’ve been a fan of Robert Hood for many, many, many years and had a copy of ‘Funky Souls’ - essentially the first Floorplan single from the mid-90s.”

“Years later and we are on single two with the dynamic duo and as a superfan, I couldn’t be more delighted. A formidable force that brings freshness to dance music every single time. Long live Lyric and Robert.”

‘Get My Mansion Ready / Out Of Control’ is out via Classic on November 5. Look out for Floorplan’s next single here.