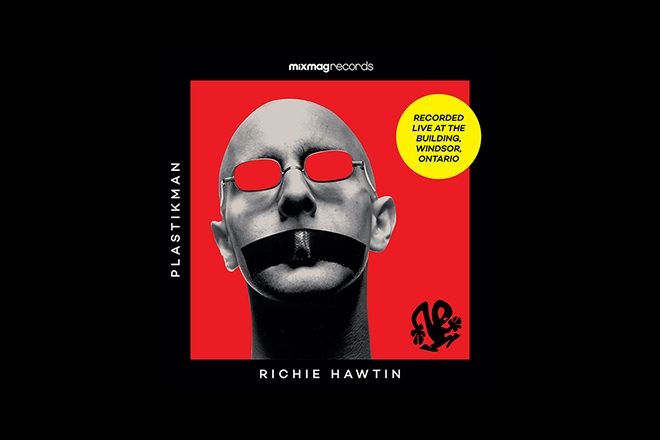 Recorded live at The Building in Windsor, Canada, the mix features tracks such as 'Spaz' and 'Helikopter' under Richie's Plastikman alias, as well as tunes by the likes of Octave One, Mark Broom and DBX.

On Friday, December 18 at 7pm GMT, Richie Hawtin and Mixmag will bring the virtual party to #TimsTwitterListeningParty for a special play of the legendary album 'Mixmag presents Richie Hawtin: Mixmag Live Volume 20' which was released 25 years ago in 1995. Tim’s Twitter Listening Party is the creation of Charlatans’ frontman Tim Burgess, who has been hosting a Twitter party every day of lockdown for albums by new and established artists. Richie and special guests from this equally special era will comment and reminisce along with the album from start to finish.

Mixmag's Ralph Moore said: 'Mixed and spliced to perfection and previously only available on CD officially, this mix has now been fully licensed and is now seeing the light of day in the new digital age. A timeless mix that takes in everything from Octave One and Mark Broom to original '90s Plastikman productions like 'Spaz', 'Helikopter', as well as the all-time classic 'Spastik', this acid-soaked mix is one you'll want to go back to again and again. 25 years on, it's an important document of the era it came from and still an essential listen today."

Read this next: Richie Hawtin Mixmag Live at Output NYC

Head to Tim Burgess' Twitter here at 7pm GMT on December 18 and pre-order the mix here.