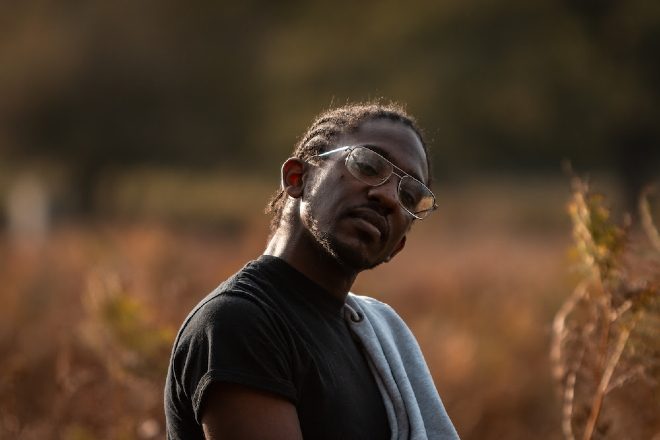 The full-length album will be released on November 19 via ‘can you feel the sun’, the label he co-founded with Call Super, a Berlin-based producer and DJ.

The album is a snappy piece of narrative that blends together stripped-down, club-rooted pop, expansive rhythmic experimentation, and a “sense of air and space” that encourages collaboration.

“Charli XCX, Lana Del Rey, Frank Ocean, Kewngface, Digga D, SL, Unknown T, Vince Staples, Lil Peep, Denzel Curry and Emmy the Great: if you’ve known me then you’ve known these are the reverberations in my head. I write music in blue, this album is my indigo. They say only moonlight shows your true reflection, that is the light of this record.”

Read this next: Charli XCX: "I'm born to play in club and rave environments"

Born and raised in London, Parris spent a lot of his youth in areas such as Tottenham and Hackney; two incredibly diverse parts of the city. For him, this album reflects what it was like to grow up there.

Heavily influenced by his love for nightlife, Parris’ album takes inspiration from grime and drum 'n' bass with all of his aforementioned pop music influences sewn in.

“I also wanted to make an album that was about the connections that fuel life, about relationships, about play, about the possibilities of rhythm, about joy and serendipities and who knows what will happen but let us see? So here is that story, here is that place. Soaked in Indigo Moonlight.”

Read this next: Post-PC music: How the London label inspired a new stage in the pop continuum

In a heartfelt Instagram caption penned by DJ Call Super, Call Super revealed that “Parris said to me last year, “Because we have a label, I want to make an album and I want to put it out.” So here it is.”

Parris and DJ Super will be launching the album at The Cause on November 20. Buy tickets here.

Full tracklist of the new album can be seen here: