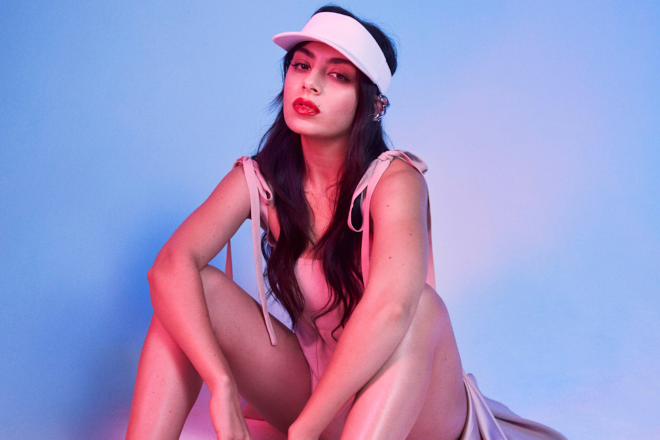 The music of London-based pop star Charli XCX appeals to a wide range of listeners via collaborations with diverse artists like Mr. Oizo, Mura Masa, SOPHIE, Santigold and David Guetta, among others. At this point she's gained exposure that begs for performances on massive stages, yet apparently she's more at home playing at intimate venues. In a recent interview, the vocalist opened up about her preferences.

Speaking to the Guardian, Charli XCX discussed her experience performing in stadiums and arenas around the world during Taylor Swift's tour. As she states, these shows feature a different side to her musical persona:

“I’m a really good performer so I can kind of get any crowd going. I play, like, the hits. The Taylor shows have been really great, but it’s a different beast… I’m not a pristine pop performer. I’m born to play in club environments, rave environments.”

Charli XCX goes on to describe her first gig, which was at a warehouse rave in Hackney Wick: "I’d never been to a party like this before. I didn’t know anything about rave culture, or club-kid culture, or gay culture – everything was a first that night.”


These days she's an artist who appears on lineups next to artists like Brodinski and Claude Vonstroke as well as mega pop stars.