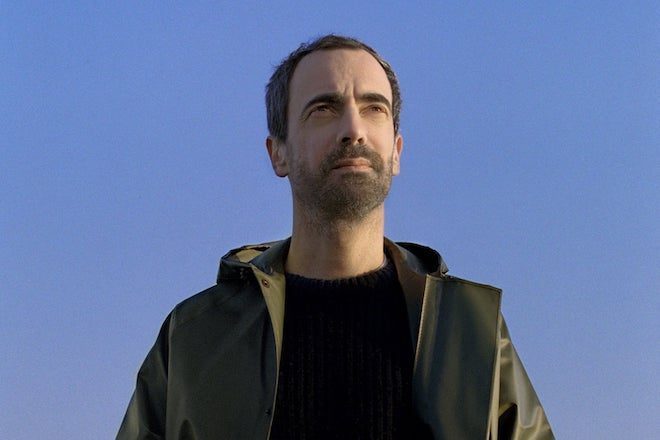 French producer and film director Para One has announced details of his forthcoming album ‘Machines of Loving Grace’. It will be released via Animal63 (Believe) on May 21.

‘Machines of Loving Grace’ will also be accompanied by three single EPs which will feature remixes from Actress, Hot Chip, Alva Noto, Call Super, Ricardo Villalobos and much more.

‘Machines of Loving Grace’ is a deep-dive into Para One’s own musical influences, influenced by Indonesian gamelan, Japanese anime soundtracks, the game-changing minimalism of Steve Reich and Detroit techno.

Read this next: Why did Daft Punk split up? Mixmag examines the clues

The result is a wide-ranging and expansive album that lets each beat echo until its very end. On the lead single ‘Shin Sekai’, the Bulgarian Mystères des voix Bulgares group sing an invented language, ethereal and entrancing. The Suar Agung group journeyed with Para One into the Balian jungle to record ‘Silicon Jungle’. ‘Machines of Loving Grace’ sees Para One trying his hand at acoustic elements for the first time to paint a fantastical world of his own.

It’s no surprise that the album has come out sounding cinematic when considering Para One’s parallel work as a film director. He directed the forthcoming film ‘Sanity, Madness & the Family’ which will be released in September, and has worked extensively with French director Céline Sciamma to produce soundtracks for her works ‘Portrait of a Lady on Fire’, ‘Girlhood’, ‘Tomboy’ and ‘Water Lilies’.

‘Machines of Loving Grace’ forms the first part of a trilogy of albums that will be followed by Para One’s forthcoming film and a live show ‘Operation of the Machine’ that is scheduled for next winter.

As well as being a producer in his own right, Para One has also remixed the likes of Daft Punk, Dua Lipa, Justice and Teki Latex.

Watch a teaser for ‘Machines of Loving Grace’ below.