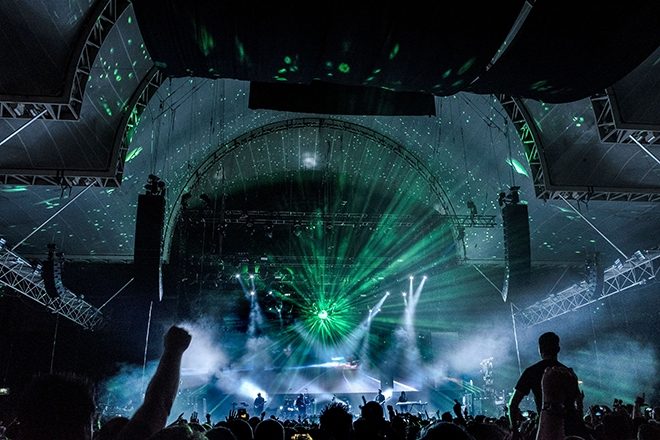 New Order are releasing their only live gig of 2018 on Blu-ray and audio formats.

Education Entertainment Recreation (Live At Alexandra Palace) clocks in at 2 hours and 20 minutes and will be the first time New Order have released a live gig on Blu-ray.

New Order's sole show of 2018 saw them perform tracks from their 2015 album 'Music Complete', as well as classics from 'Power, Corruption and Lies', 'Low-Life' and 'Regret'. They also played a selection of Joy Division covers and 12" extended remixes of 'Blue Monday' and 'Temptation'.

Education Entertainment Recreation (Live At Alexandra Palace) arrives on May 7 on 2CD audio with Blu-ray film, 2CD audio, three LPs and a limited edition boxset which brings all of those formats together (the LPs come on clear vinyl), as well as a book and prints.

The band released live album '∑(No,12k,Lg,17Mif) New Order + Liam Gillick: So it goes..', recorded at Manchester International Festival, back in 2019 and their 2020 track 'Be A Rebel' was remixed by Paul Woolford and Maceo Plex.

Watch New Order perform 'Sub-Culture' and see the setlist from the show below.