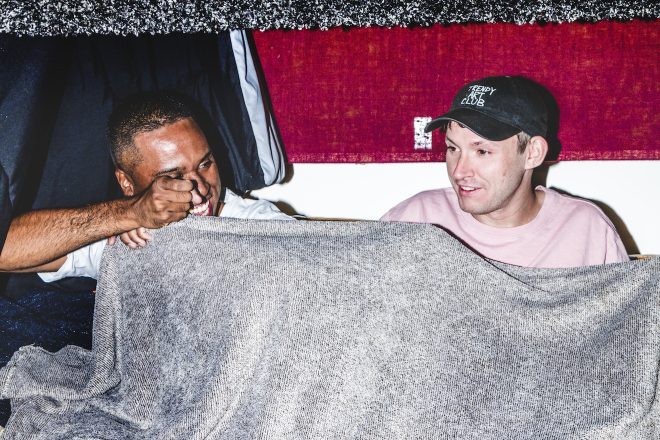 TNGHT is set to release their second EP, 'II,' on November 12 through Warp and LuckyMe. The announcement of this new EP comes after a seven year hiatus from the duo, Hudson Mohawke (Ross Birchard) and Lunice (Lunice Fermin Pierre II).

Originally formed as a side project for the two producers, their first EP as TNGHT gained widespread popularity, resulting in a live debut at SXSW in 2012 and praise from DJs such as Diplo and Calvin Harris as they played out their tracks. Since their first release, Lunice dropped his debut album, 'CCCLX' in 2017 and HudMo released his second album, 'Lantern' in 2015.

The two have begun their reintroduction with the release of the video for 'Serpent' and 'Dollaz,' as well as a Radio 1 Essential Mix. Lunice explains their new collaboration: “While it doesn’t sound the same as the first record - the energy is. This could only come from us.”

Read this next: Hudson Mohawke drops an hour of unreleased music on NTS

HudMo elaborates on the vibe of the EP adding, “I think it's a good indicator if something sounds weird and refreshing to us. It’s got to fuck with us a little bit when we’re listening to it.”

Check out the video for 'Dollaz' below, as well as the tracklist for 'II.'