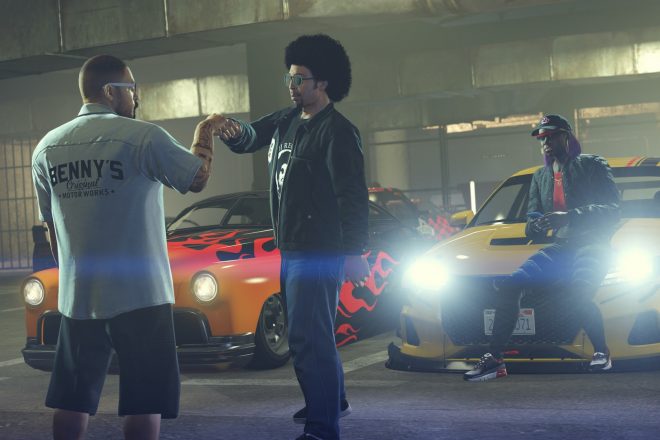 The legendary producer and DJ, whose real name is Kenny Dixon Jr., has already featured as a resident DJ at the in-game club The Music Locker.

Read this next: Happy Birthday GTA: The 20 best tracks to lie, cheat and steal to

He returns as "Kenny" a new mission guide in the illicit underground racing scene as part of the new GTA Online update, Los Santos Tuners.

Kenny emulates Moody's real-life love of cars and plays a pivotal role in the storyline of the update - which focuses heavily on the games street racing element, where players can modify their cars and challenge each other to races.

Players who visit Kenny at the Los Santos Car Meet will be treated to 'Kenny's Backyard Boogie Mix' on their media stick.

The mix features exclusive Moodymann tracks including collaborations with Channel Tres, Nez feat Gangsta Boo, The Time and Jessie Johnson in a selection of house, soul and hip hop.

Read this next: GTA After hours is the dance music playground where you become a nightclub kingpin

This isn't the first collab between Rockstar and Moodymann - on July 9 he dropped 'Keep on Coming' as part of Rockstar X Circoloco's new label Circoloco Records initial release 'Monday Dreamin''.

A playlist accompanying 'Kenny's Backyard Boogie Mix' will be launched on Friday.