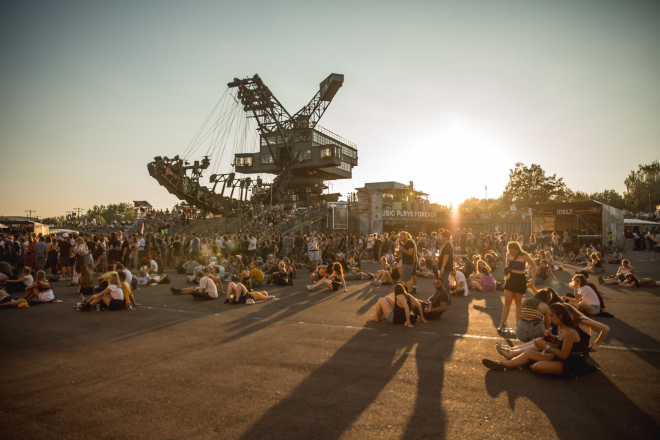 For its 2022 edition, Melt Festival has unveiled more than 60 names.

The festival, which runs from June 9 to 12 at Ferropolis, will feature live performances by Jamie xx, Overmono, Little Simz and Arlo Parks.

There will also be some big name DJs playing including Jayda G, Yung Singh, Avalon Ermerson, A.G.Cook, SHERELLE b2b Tim Reaper and Palms Trax, who will go back-to-back with Hunee.

Some of the hottest artists from 2021 will also be at the Germany festival, including VTSS, Shygirl, Fred again.., and TikTok sensation Pinkpantheress.

There will also be a PC Music showcase.

On Twitter, the festival said that they are "back stronger than ever" after 2 years.

"More stages, more artists, and more live-performances than ever before!"

After 2 years in the making, we’re happy to be back stronger than ever. Get ready with us and bloom into #anewworld next summer with more stages, more artists, and more live-performances than ever before! Tickets on-sale now. #meltfestival2022 #aneworld pic.twitter.com/2o678009gR

Read this next: "Take ownership and command respect": SHERELLE is leading a paradigm shift in dance music

The festival describes themselves as an event which is a "celebration without prejudices".

In 2017, Mixmag reviewed the German festival. You can read about our trip to Ferropolis here.

Read this next: Melt! Festival is the strikingly dystopian techno mecca

Tickets for the 2022 festival are available now through the festival's website here.

See the full lineup below. 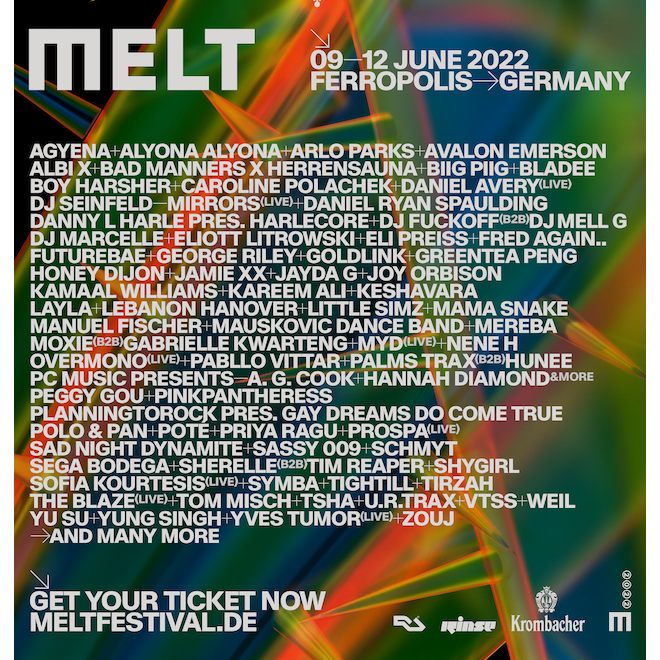