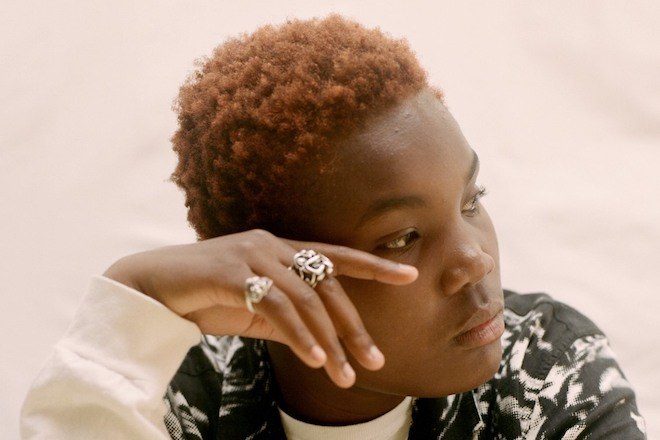 After her nomination back in July, Arlo Parks has won the 2021 Mercury Prize.

The artist received the award for her debut studio album, ‘Collapsed in Sunbeams’.

At 21 years old, Parks is one of the youngest ever winners of the prize.

After accepting the award last night, Parks said: “It took a lot of sacrifice and hard work to get here and there were moments where I wasn’t sure whether I would make it through, so thank you very much.”

Read this next: The cover mix: Flohio

She also shared that she used to cycle past the Hammersmith Apollo — where the ceremony took place — on her way to school as a child.

‘Collapsed in Sunbeams’ reached number 3 in the UK charts when it was released in January, and won Parks the title of British breakthrough artist at this year’s Brit awards ceremony. It has been praised by listeners and critics alike for its exploration of queer sexuality and mental health issues.

Read this next: Queer the dance floor: How electronic music evolved by re-embracing its radical roots

Since the ceremony last night, a number of music industry figures have taken to social media to offer their support for Parks.

Annie Macmanus, one of the judges, added: “It was extremely difficult to choose a winner of the 2021 Hyundai Mercury Prize. There were so many strong albums, of such diversity and character. But in the end we decided that Arlo Parks was an extremely worthy winner.

“Addressing such complex issues as mental health and sexuality with real empathy, displaying a lyrical wisdom that belied her 21 years, with ‘Collapsed In Sunbeams’ Arlo Parks has created an album that has captured the spirit of the year in a positive, forward thinking fashion.

“It has the ability to reach out and remind a wider audience of the timeless art of the album. Arlo is an artist who connects deeply with her generation and reflects the plurality of contemporary British life.”

Speaking of her victory on BBC 6 Music, Parks shared that she was “speechless for now, but very grateful.” She also shared what she was most proud of in the album: “The storytelling, the honesty and the humanity; and the fact that I was able to talk about things that were really important to me and affected me, in an honest way. ” She added that she wanted to continue to use music “as a tool for personal healing”.