In March 2014, The xx played a 10-night residency at the Park Avenue Armoury in New York that experimented with ideas of scale and intimacy. The Armoury is a huge space, but twice a night the band performed to just 45 people inside a small white box accessed by a series of tunnels. Enthusiastic reviews spoke of its clever exploration of the relationship between band and audience, an electrifying and intimate performance. Kanye West loved it. Also there were Jay Z, Beyoncé, Kim Kardashian, Anthony Hegarty and Madonna. It should have been a moment of triumph for Jamie xx. But rather than bask in the glory, he couldn't wait to get away.

"I ended up hiding," he says. "There were a lot of people hanging around. I wasn't into it. I just wasn't feeling it that day. I left without telling anyone – just disappeared."

That's Jamie xx all over. The 26-year-old Londoner, real name Jamie Smith, might be the most unlikely headlining DJ there is. 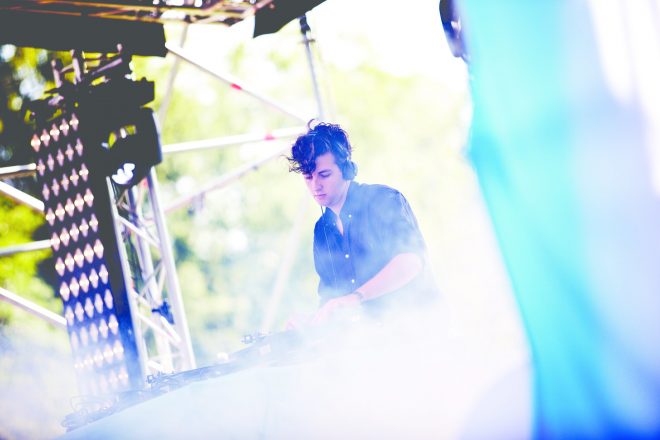 He's almost the anti-Kanye: intensely circumspect and diffident, someone who tries to dodge the spotlight that chases him. And yet he's become one of electronic music's most in-demand DJs thanks to singles such as 'Far Nearer' (2011) and 'All Under One Roof Raving' (2014). He produced the title track of Drake's 2011 album 'Take Care', and 'When It's All Over' from 'Girl On Fire' (2012) by Alicia Keys. At the age of just 21, Jamie produced 'We're New Here' in collaboration with Gil Scott-Heron, an electronic reworking of the iconic jazz poet's 2010 comeback album 'I'm New Here'. In short, Jamie xx is huge. Oh, the irony.

In a cafe around the corner from his flat in East London, Smith reflects on this uncomfortable (for him) state of affairs over a cup of tea and a bowl of porridge.


He's dressed head to toe in black, as perhaps you'd guess, and he speaks so softly you have to strain to hear him over the clinking of cups and murmur of conversation. He's explaining why his debut album is called 'In Colour'. Turns out it's a knowing nod towards The xx's monochromatic identity and perceived seriousness.

"Everyone thinks The xx – and by extension me – are gloomy and dark," he says. "But we're not like that as people."

Why do you think people perceive you that way?

"When we first started out we were teenagers making moody music, and people wanted us to look like moody teenagers. We try to be ourselves in photoshoots, but looking at the ground and being moody is an easy thing to do." 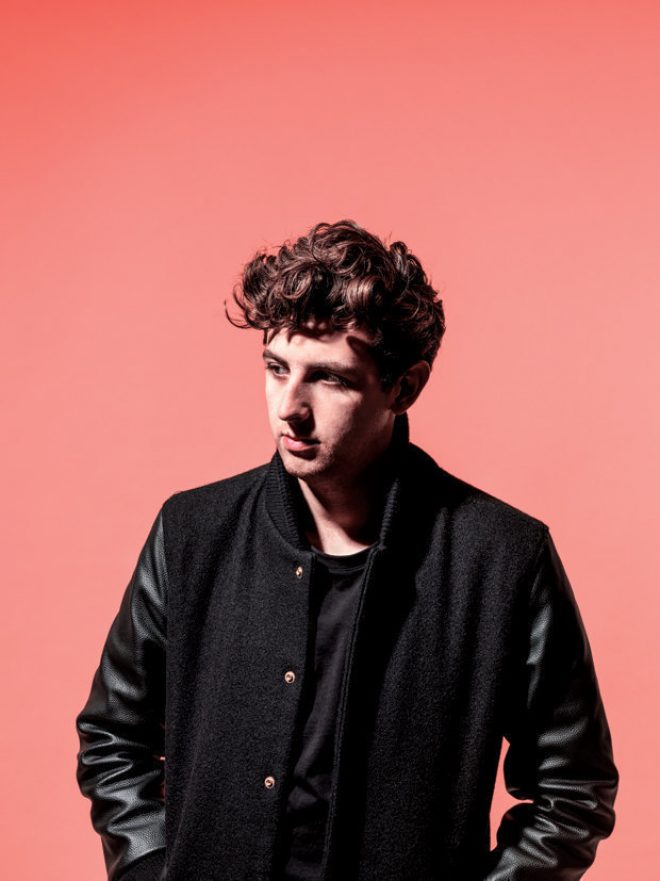 How does 'In Colour' compare with The XX?

"In The xx, Olly, Romy and I all have different tastes that overlap at times. When we write music together there are elements of all that in there. There's a lot of discussion in the studio. Sometimes it gets to a point where we just can't agree and we have to leave it. But when I make music, it's just me. All the tracks on the album are things I never imagined for The xx; stuff I made on my own on the tour bus, because we can't work on new stuff as a band while we're on tour. It's all ideas taken from the last six years. There was never an idea to do an album until six months ago."

What happened six months ago that made you want to make a solo album?

"It was summer last year. We'd been off touring for a couple of months. I felt it was something I had to do at that moment. It was just me spending a couple of weeks in the studio enjoying making music for myself again without being on tour.

I had everything I love around me: London. Friends. I went to Plastic People a lot. I saw Floating Points DJ.All the kinds of things I'd been missing. I decided that instead of releasing single after single, I'd make an album. A lot of DJs just release 12-inches and that's something I love, but it's not really my take on music. I had to make something that was an album rather than a collection of tracks. An important part of the record is the flow and transition between tracks. That's what makes it an album. A lot of people don't listen to albums any more, but I do. They've always been very important to me."

Were you nervous about releasing a solo album?

"I was really nervous! It's almost like doing the debut again and having to deal with all the expectation. I've never lacked confidence in the music I've make, but I've sometimes doubted how people will see me because I'm this guy from an indie or pop background making dance music. I worry people don't take me seriously. But then someone like Four Tet, who I used to listen to when I was 14, now wants to make a track with me ['Seesaw' from 'In Colour']. That gives me confidence."

Rave, drum 'n' bass, garage, dubstep and pop: you can hear them all on 'In Colour'. It's an album steeped in 25 years of UK dance culture; one that only a UK producer could make. Opening track 'Gosh' is a mash-up of tectonic sub-bass, chopped-up breakbeats and samples of jungle MCs. Like Paul Woolford in Special Request mode, it's a rave history lesson. Then fuzzy drones and a wailing synth slide in, elements that could come from an xx track, and take things in a different, poppier direction. 'SeeSaw' features Romy's spooked, melancholy vocals floating over a thudding drum break and rippling digital melody. 'Girl', meanwhile, samples Freez's 1983 hit 'IOU', twisting up the vocal and laying it over a chugging electro groove to stunning effect. All told, it's a masterclass in how to make electronic music with depth and soul.