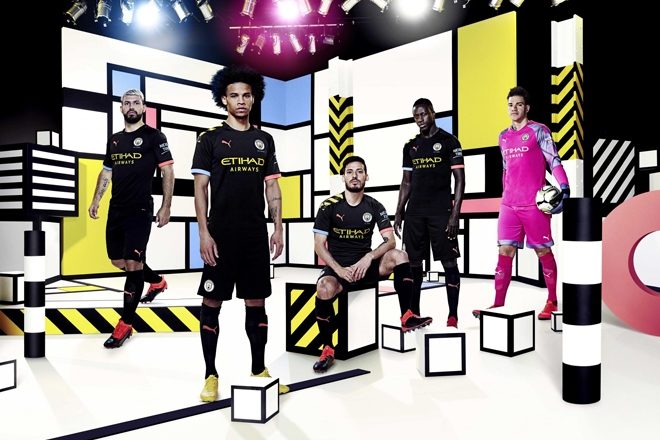 Puma is already earning its keep after locking in a £650 million ten-year kit deal with Manchester City, styling the English football champions’ away kit for the 2019/2020 season on iconic Madchester club The Haçienda.

The strip features the dance institution’s signature diagonal black and yellow hazard chevrons, originally conceived as the interior design of the spot by Ben Kelly. The background of the photoshoot also depicts patterns similarly the the Piet Mondrian-esque artwork for New Order's 2015 album 'Music Complete'

The Haçienda was the epicentre of Manchester’s growing rave scene in the early 1980s, although it closed permanently in 1997 due to issues with drugs and gang violence. It is still Manchester’s most well-known and historically best-loved club, and last year was officially recognised by Historic England as one of the country’s most important sites.

Adam Petrick, PUMA’s Global Brand Marketing Director, said: "We want the club’s global fans and local Mancunians to all feel invested in [the Man City and Puma partnership], and it starts with combining our very creative kit designs with authentic stories from Manchester’s history and music scene.”

Acid flashback: Nude establishes The Haçienda as the North's Summer of Love epicentre
The history of acid house in 100 tracks
Legendary Haçienda fanzine to be released as a book