Freaky Dancing, the legendary unofficial Haçienda fanzine, has been compiled into a complete anthology for the very first time by The Quietus (TQLC).

The unofficial zine (described by Factory Records founder Tony Wilson as, “the most important piece of journalism I’ve read in the last twenty years") ran for 11 issues between July 1989 and August 1990.

Put together by Paul ‘Fish Kid’ Gill and Ste Pickford with help from their friends and Haçienda regulars, Freaky Dancing documented the highs and lows of the Hacçienda’s colourful rein as an essential hub for acid house and electronic music during its prime.

The new 276 page anthology will feature all 11 volumes of the zine, as well as scrapbook of sketches, reviews, fliers, photographs and a foreword from A Guy Called Gerald.

The club, now named as one of England’s most iconic sites, played a vital role in UK rave culture throughout the 80s and 90s and closed in June 1997.

The Quietus will release Freaky Dancing: The Complete Collection on February 21. It will launch on March 2 at Manchester’s Soup Kitchen with a performance by the Uproar ensemble as well a DJ set by Suddi Raval of Hardcore Uproar.

For more information and launch party tickets head over here.

Scroll down to check out some teasers from the anthology ahead of its release, and dive into the history of acid house in 100 tracks here. 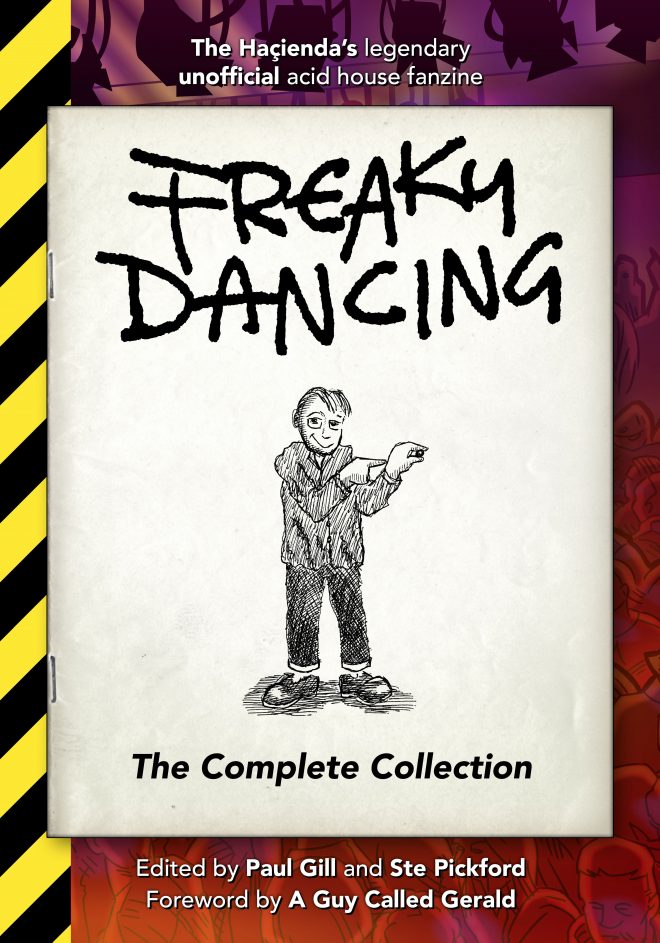 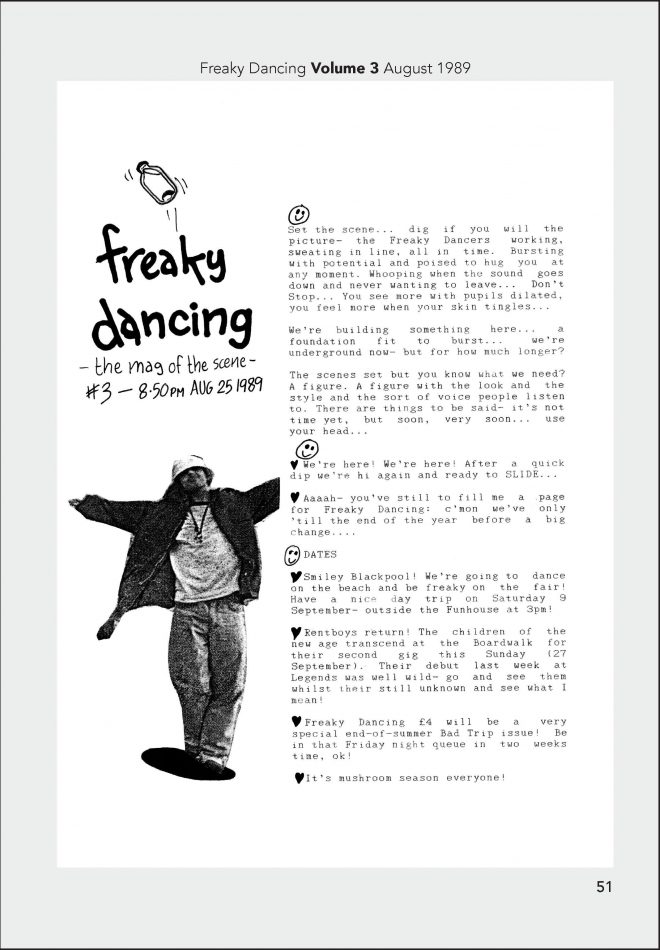 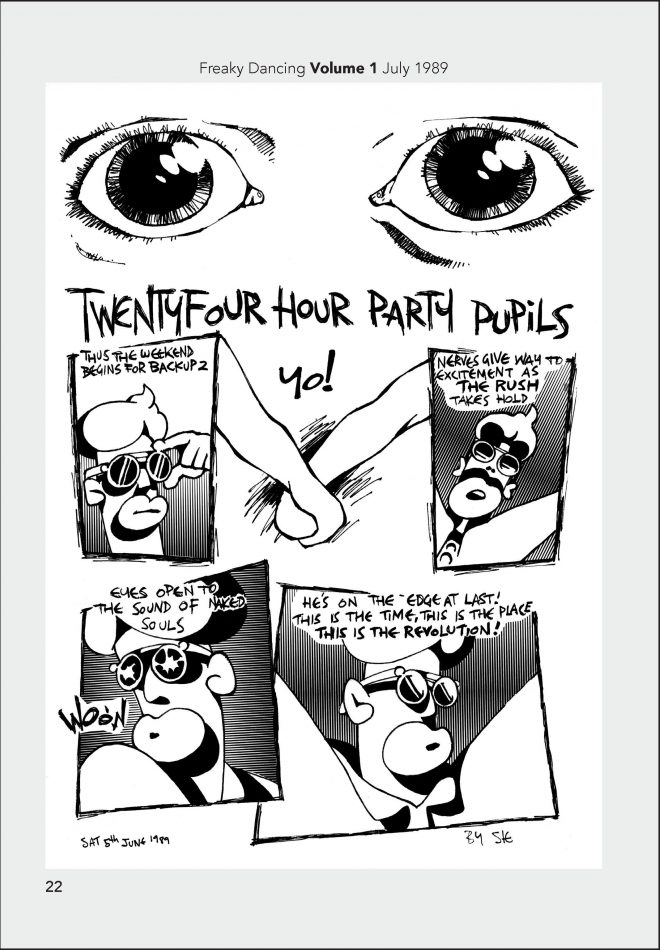 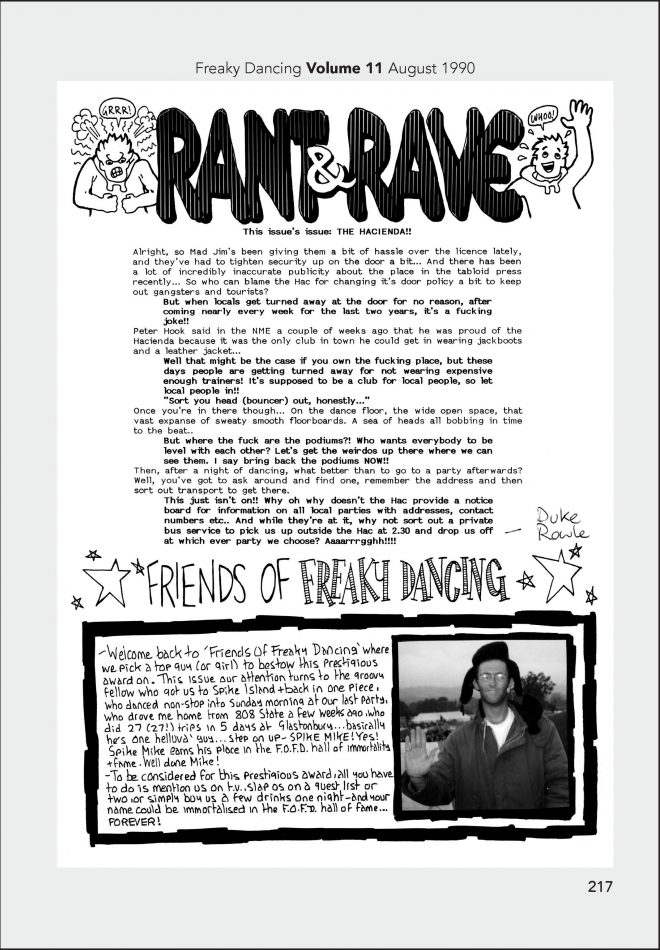