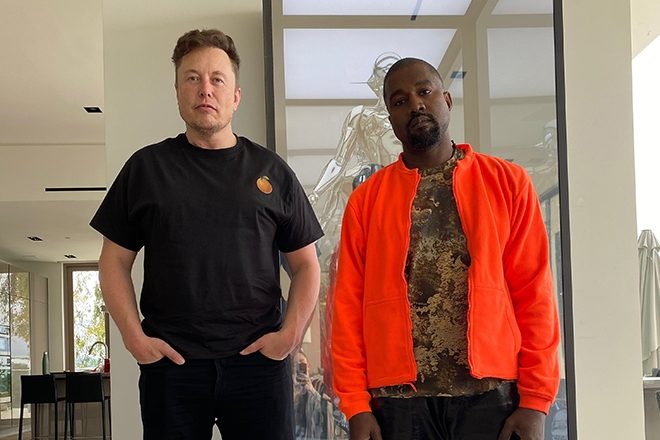 In a new interview with Forbes, Kanye West has said he has had COVID-19, criticised vaccines and Planned Parenthood on religious terms, affirmed his intention to run as president in 2020 with support from Elon Musk, discussed taking inspiration from the fictional country of Wakanda in Black Panther to organise the White House, and more.

The rapper and producer described his experience of having COVID-19 as “shaking in the bed, taking hot showers, looking at videos telling me what I'm supposed to do to get over it.” He added: “I remember someone had told me Drake had the coronavirus and my response was Drake can’t be sicker than me!”

The interview is filled with religious ideology, including stating the route a coronavirus cure is “We pray. We pray for the freedom. It’s all about God. We need to stop doing things that make God mad.”

West also said he is “extremely cautious” of a possible COVID-19 vaccine and called vaccines “the mark of the beast”, as well stating he is against abortion and claiming “Planned Parenthoods have been placed inside cities by white supremacists to do the Devil’s work.” His pro-life stance extends to capital punishment, which he is “against”.

West also affirmed his intention to run for president in 2020, despite recently having missed key deadlines to appear on the presidential ballot in at least six states. “Like anything I’ve ever done in my life, I’m doing to win,” he said.

Elon Musk is said be an advisor and his running mate will be a preacher from Wyoming called Michelle Tidball. His party will be called the Birthday Party so that “when we win, it’s everybody’s birthday.” Although he noted “I would run as a Republican if Trump wasn’t there” and called Trump “the closest president we’ve had in years to allowing God to still be part of the conversation”, alongside renouncing his previous support for Trump, stating “I am taking the red hat off, with this interview.”

West says his tax policy will be decided with the “strongest experts that serve God” and that he will “use the framework of Wakanda [the fictional African country from Marvel’s Black Panther]” as a model for organising the White House.

Read the full interview at Forbes.