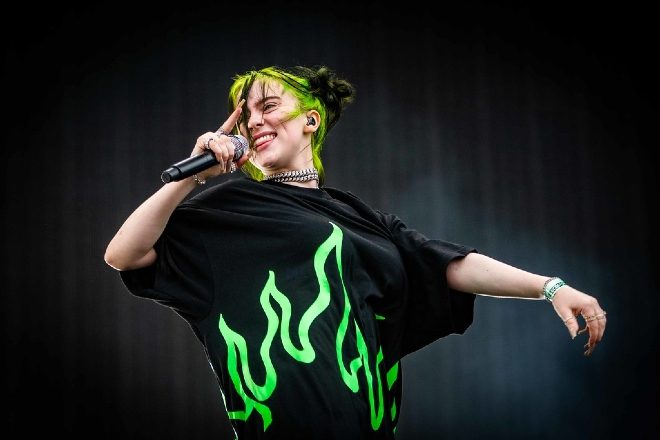 The LA-born singer will be the youngest female solo musician to headline the event, and the first female singer to headline since 2016 when Adele took the prestigious spot.

“We couldn’t be happier to announce that the wondrous Billie Eilish is headlining the Pyramid on the Friday at next year's Glastonbury Festival,” Eavis announced on Instagram this morning.

She added that this would make her the “youngest solo headliner in our history,” with the last youngest headliner taking that spot in 1997 being Mark Hamilton of Ash, who was just 20 years old at the time.

Read this next: High levels of MDMA and cocaine in Glastonbury's water is impacting rare eels

“This feels like the perfect way for us to return and I cannot wait!” Eavis said. Billie previously appeared at Glastonbury in 2019 where she played to around 40,000 people, although was set to play in a 10,000 capacity tent just weeks before, and was later upgraded considering her bolt to fame.

During her last performance at the 200,000 capacity Somerset festival, Billie told the audience how much she’d love to join in with festival punters, saying on stage: “This looks fun to go to - I would love to go to this shit, my God.”

The 19-year-old singer teased the news last night when she posted an Instagram story of herself wearing a Glastonbury hoodie, captioned “2022”.

Topping the bill of the biggest UK festival, Billie is the only act released for the 2022 event so far. A poster revealed today shows just her name alone.

Read this next: Glastonbury announces 2021 festival is cancelled

Glastonbury Festival 2022 will return from June 22 until June 26 next year. During the pandemic, festival organisers attempted to hold a smaller event on Worthy Farm which was subsequently pulled. ‘Live At Worthy Farm’ went ahead as a livestream earlier this year with headline slots from Coldplay and Damon Albarn.