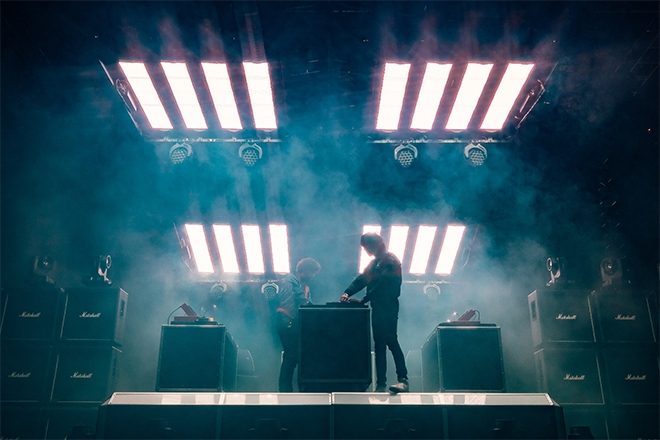 After debuting at SXSW this year, French electronic duo Justice has announced that their space opera inspired live film, Iris, is getting a theatrical release in France and abroad this summer.

Directed by Andre Chemetoff and Armand Beraud, the film is an adaptation of Justice’s ' Woman Worldwide' live show that toured throughout 2017 and 2018. According to IndieWire, the film was "recorded in an empty and invisible space" and "focuses on the impressive production and music" from the album and live show.

With screenings beginning on August 29 in their home country, the duo's announcement on Instagram alludes to future showings in other parts of the world with the quote: "More countries to be announced."

Read this next!
Justice: The Return
Justice on their cross logo: We managed to take this universal sign and own it
'Stop' and take a neon voyage with Justice's new music video