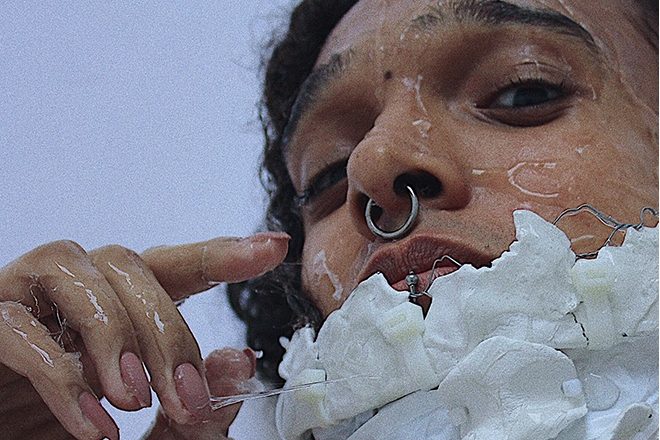 Iceboy Violet has dropped a new single ‘VANITY’ along with news of a debut mixtape ‘The Vanity Project’.

The Manchester-based artist will release the seven-track mixtape on January 26 through the Local Action sibling label 2 B REAL.

Read this next: "A clear head on Sunday morning is a gift": Why DJs and ravers are embracing sobriety

Iceboy Violet’s new single ‘VANITY’ is available to listen to now and hits what more is to come with its dreamy sound.

2 B REAL say: “This mixtape sees Iceboy consolidating their sound into something deep, brooding and broad, building their own sound palette across a heap of tracks that feel both of the moment and out of time — like so much of Manchester's cutting edge at the moment.”

Read this next: Manchester’s Teletech reveal line-up of debut festival

In the past few years, Iceboy has had vocal appearances with artists such as, aya, Loraine James, 96 Back and Blackhaine.

Iceboy is also a member of Manchester’s Mutualism collective and can be found regularly performing at The White Hotel and in Soup’s basement.

A limited-edition reflective cassette of ‘The Vanity Project’ will be out January 26 and you can watch the video of ‘VANITY’ below.

2. Are U Connected (prod. Emily Glass)