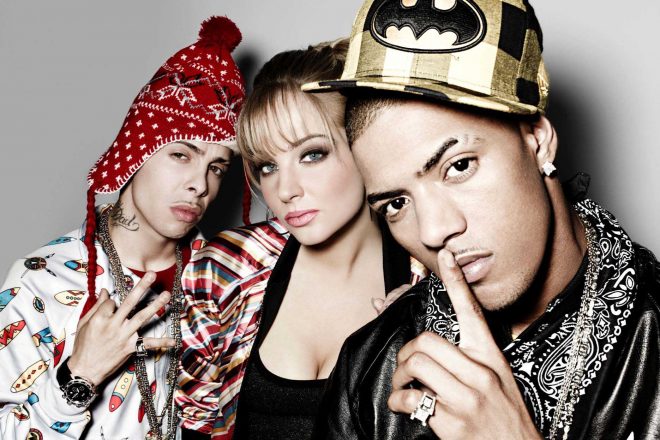 N-Dubz are anticipated to reunite and release new music by the end of 2022, according to reports.

Tulisa, Dappy, and Fazer are presently in the studio working on new music, according to The Mirror, with the goal of releasing something before Christmas.

Read this next: I only listened to music from my teens for a week and it made me feel amazing

“The long-awaited reunion of N-Dubz is on the cards, with the plan being that new music will be ready before the end of the year," a source said.

Dappy, Tulisa, and Fazer all went on to have solo careers after the trio disbanded in 2011.

Read this next: A new documentary will tell the story of Channel U

In 2011, Tulisa and Dappy said the break would only last a couple of years while they worked on their solo careers and in 2017, Fazer said a reunion would “100%” happen.

As quoted in NME, Fazer said: “That’s definitely going to come really soonish. Not right now, we’ve all got individual things we’re focusing on at the minute, but obviously, it’s all about timing.

“It was never a fallout, we took a break when we were at the peak. We’d literally just finished an arena tour, so we thought, ‘Let’s do it while we’re on a high’.”

Following their break as a group, Tulisa became an actress and X Factor judge, as well as releasing her critically panned solo record 'The Female Boss' in 2012, with two standalone singles following in 2019.

Fazer has also released solo material, worked in music production, and filed for bankruptcy in 2013.

In 2015 and 2019, there were speculations of a possible reunion, but nothing came to fruition; but, it appears that 2022 will be the year.

Both Fazer and Dappy will release solo tracks ahead of new N-Dubz music, with Fazer's 'Tears' – a "deeply personal" ballad about "losing loved ones" – due out next month.

People have been reacting well to the news online. One person tweeted "Hearing the rumours that N Dubz are reforming is as good as my Monday is getting".

Someone else said: "There’s no Blue Monday when N-Dubz are reuniting"

Another said on the situation, "N-Dubz getting back together is a cleverly timed distraction from impending tory break down. don’t let the establishment fool you"- perhaps as a nod toward the recent news of Downing Street parties.

There have also been nods to the fashion of the time of N-Dubz's prime.