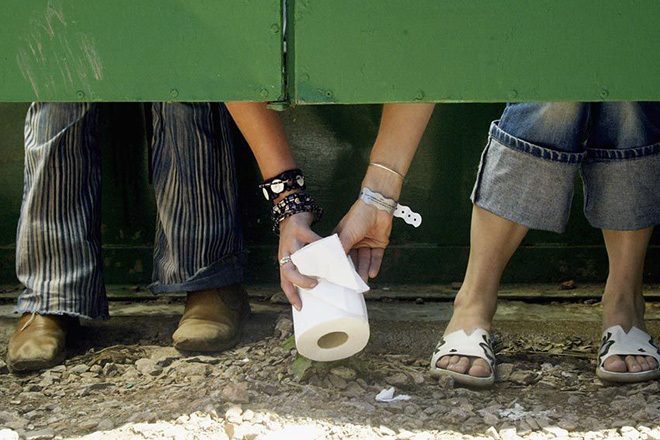 Reading Festival's making the most of a bad situation this year by turning human waste collected onsite into renewable energy.

All that poo and urine that causes a stink will be scooped up by Thames Water across the weekend and taken to Reading sewage works. ITV reports nine tankers will be in use from 6am to 10pm each day, collecting a whopping 750,000 litres of sewage in total.

Contractors A1 Group has assured the waste collection will be screened to get rid of anything not meant to be in there, such as lost mobile phones or clothing.

The whole process works by gas being extracted from a by-product - sludge - which generates electricity. With the estimated waste due to be picked up, it'll be enough to power two homes for a day.

Andrew Glover of Thames Water said: “Reading Festival is one of the biggest events in our calendar, but we're raring to go. We'll be working 16 hours a day for five days, collecting and treating a total of 750,000 litres of sewage from the site's toilets.

"Festival loos are infamous for their pong, but it's amazing to see what else people flush down there each year. We've previously had to drag out tents, sleeping bags and foil blankets, along with smaller items like mobile phones, beer cans and clothes so they don't clog up our machines."

We're sure Reading Festival will be hoping the whole thing isn't a shit show.

The best ways to keep your Burning Man fashion eco-friendly
Rave the planet: How dance music can limit its environmental impact
Was 2019 the most environmentally friendly Glastonbury ever?
Get the best of Mixmag direct to your Facebook DMs