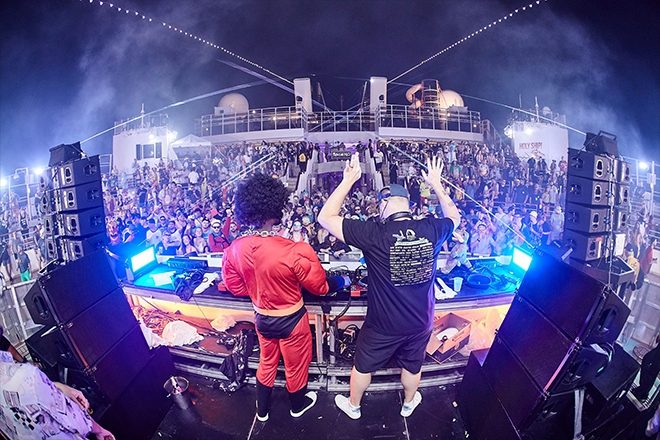 Dance music’s most sought-after party at sea for seven years running, Holy Ship! has just announced the dates of its back-to-back 2019 voyages.

This year’s seafaring adventure featured numerous talented acts, a bit of drama on the decks with Madam X, a bizarre warning about food fornication, plenty of wild costumes and an unshakable family vibe that always stays afloat during this one-of-a-kind cruise ship party.

Departing from Port Canaveral, Florida and making its way to the Bahamas, Holy Ship! 12.0 will embark for four nights between January 5-9 and will include two days of festival fun at the famed private island Great Stirrup Cay. The following sailing, Holy Ship! 13.0, will take place between January 9-12 and will stop in Great Stirrup Cay for a single, full-day party before heading home.

For returning sailors, cabins will go on sale between March 6 - 9. All remaining cabins will be up for grabs to the general public at 2pm EST on Wednesday, March 14.