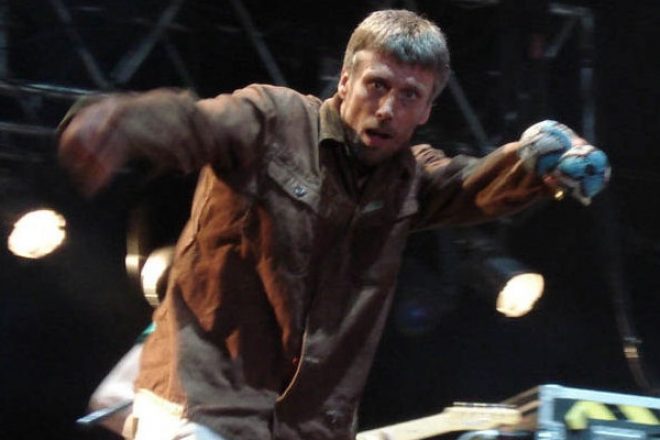 The 57-year-old told The Daily Star that despite being at "peak physical fitness", he was hospitalised with suspected heart problems at the very beginning of the pandemic.

“I really seriously thought I was going to die,” he said, “I couldn’t breathe and I couldn’t tell if it was my heart or my lungs.”

Read this next: Bez from Happy Mondays is launching a Youtube fitness class

He told the newspaper that he was admitted to hospital despite being in great shape due to training to fight ex-Manchester United football player Clayton Blackmore.

Speaking to Wired he said: “I got to the hospital and I said: ‘I’ve been having this heart attack for three days' and they plugged me into the machines and everything and I had a swollen heart and a virus. I really seriously thought I was going to die.”

The Happy Mondays member claims to have caught the virus before the UK had been alerted to the dangers of COVID-19. At the time, Bez didn’t know what it was despite showing "obvious symptoms" and has since self-diagnosed himself with COVID.

Bez thanks his training for a speedy recovery, admitting: “I continued my juicing and taking my vitamin C, drinking my apple cider vinegar and I did get over it very, very quickly”.

A year down the line, Bez is able to laugh about it, telling The Daily Star: “Shaun had it for like three weeks. He was hallucinating and having visitations from the aliens telling him he would be all right.”

Read this next: Jack O'Connell is playing Shaun Ryder in a Happy Mondays biopic

Bez admits that he was worried for Ryder’s health since he isn’t “the healthiest man in the world”, advising him to take vitamin C, to which Ryder replied: “I’m allergic to it".

Bez continues, “it transpired he could only eat fruit as he was that ill, and he has alopecia so all his hair has fallen out, but from only eating fruit and getting his vitamin C his hair started growing back. Like I told him, it was a COVID miracle!”

[Via The Daily Star]