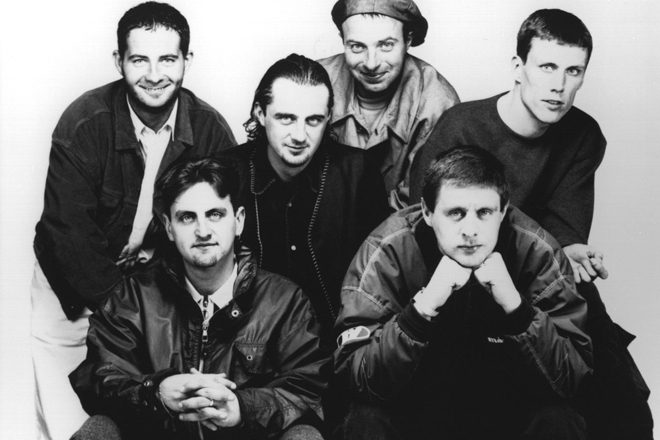 Jack O’Connell has been confirmed to star as Shaun Ryder in forthcoming Happy Mondays (pictured) biopic Twisting My Melon.

The film will be based on Ryder’s autobiography of the same name, charting his life from childhood into becoming the Madchester scene figurehead.

Jason Isaacs and Maxine Peak are also in negotiations to play Ryder’s father and mother respectively, with production slated to begin in January

Matt Greenhalgh is making his directorial debut at the helm of the film. He previously worked as a screenwriter for musical biopics Control, about Joy Division's Ian Curtis, and John Lennon film Nowhere Boy.

Talking about Twisting My Melon, Greenhalgh said: “Shaun and the last true working-class band – the Happy Mondays – mainlined into my musical DNA when I was 16 years old … Ryder is the son of John Lennon, Johnny Rotten with a few kilos of John Belushi stamped in.”

Noel Gallagher: “Acid house changed my life”
Man City's Haçienda-inspired designer: "The kit is for the people of Manchester"
10 times acid house infiltrated the mainstream
Get the best of Mixmag direct to your Facebook DMs