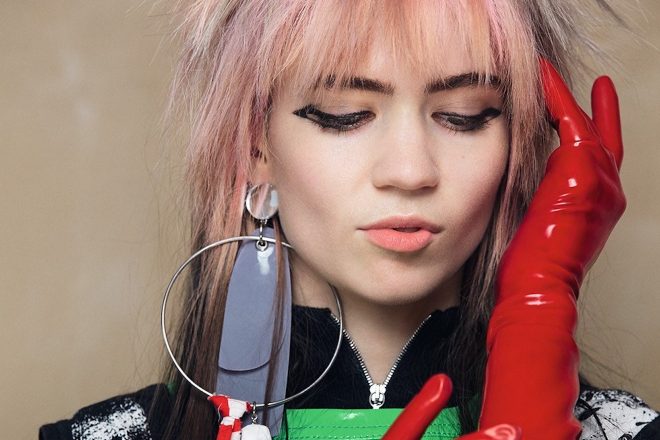 Grimes has dropped a couple of cryptic tweets hinting that she might want to step away from the musical limelight.

Ahead of her sixth studio album, ‘Book 1’, the singer admitted that this could be her last as she prepares to “change” her day job.

“Celebrity culture is suffocating af,” she tweeted on Tuesday. “I’m not quitting music but def changing my main day job after BOOK 1.”

‘Book 1’ is set for release in early 2022 with Grimes starring as the record’s ‘sci-fi heroine’, a play on the intergalactic lore she’s built around the record.

“I think it is by far my greatest work that I’ve ever done,” she told Vogue in a video interview ahead of the new album. “I literally don’t care if anyone listens to this shit. I just want it to be great, to be unequivocally just great art.”

As a follow-up to her last year-released ‘Miss Anthropocene’, ‘Book 1’ will tell yet another celestial story touted as a “space opera about a lesbian AI romance” by the singer herself.

While speculation whirred around whether the singer would stop producing full-length records altogether, some offered suggestions on a potential new day job: “become a twitch streamer”, one recommended, to which Grimes replied, “Um”.

Scientist Liv Boeree also added to the singer’s tweet offering, “you should start a podcast or something”, with Grimes replying: “Maybe we need to introduce the concept of homo techno”.

Although it’s still unclear what she has up her sleeve next, it doesn’t look like Grimes’ music is going anywhere just yet.