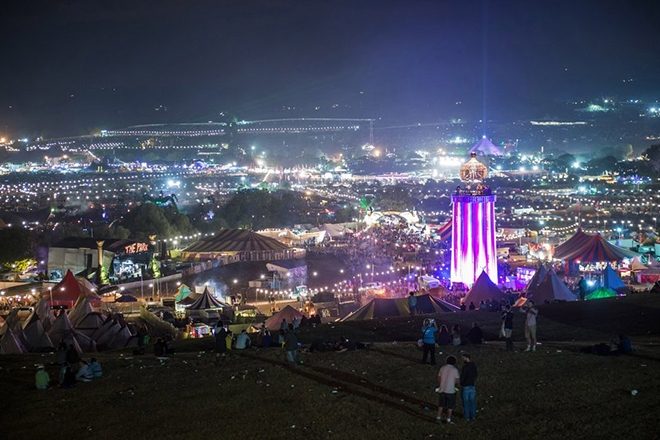 Glastonbury Festival organisers are planning to hold a two-day event on their home ground of Worthy Farm this year.

After announcing the cancellation of the 2021 edition of their long-running festival back in January, which couldn’t go ahead for a second year running due to uncertainty over the coronavirus pandemic and a lack of government-backed insurance, plans are in place for a smaller capacity festival to take place this year.

An application was submitted to Mendip District Council last month for the two-day event to go ahead, which asks for licensing on live music and the sale of alcohol.

A committee team will meet in May to discuss licensing plans for the concert, it was confirmed on Tuesday. The meeting will be live streamed.

The ‘single event’ would be held on the festival’s usual home ground of Worthy Farm in Pilton, Somerset, and stage live music from 2:PM until 11:PM over a Friday and Saturday, with Glastonbury organiser Emily Eavis aiming for this to take place in September.

The annual festival - running since 1970 - missed its 50th anniversary celebrations in 2020 after the pandemic hit. Since then, organisers have arranged the live stream event ‘Live at Worthy Farm’ which will be streamed globally next month.

‘Live At Worthy Farm’ will go ahead on May 22, with a line-up including Damon Albarn, Jorja Smith and Honey Dijon.

No camping or over-night stays will be allowed at the proposed concert in September.

“We have put in an application for a licence for a concert at the farm in September (around the time we'd usually do Pilton Party). Of course, we've got no idea whether we will be able to do that, but we wanted to get the application in to be in with a chance.”

Read this next: Glastonbury shares playlists of artists who were due play in 2020

In June 2020, Glastonbury founder Michael Eavis caused concern saying the festival feared bankruptcy if no 2021 event could take place. He played down this comment later in August, saying: “I do not worry at all. I am so confident that it will survive."