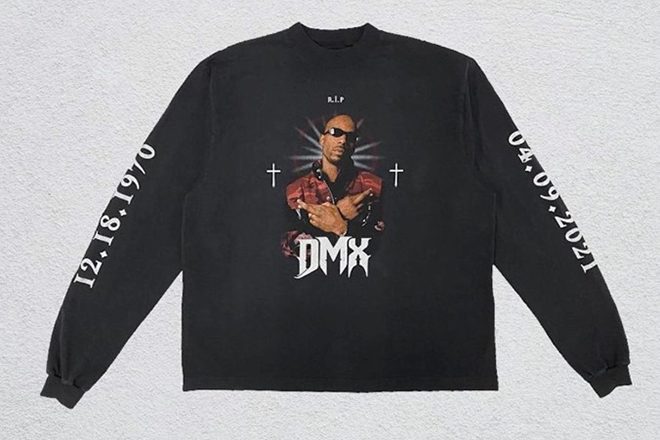 Kanye West’s collaboration with Balenciaga to commemorate the late rapper DMX has raised over $1 million for his family, according to TMZ.

A DMX graphic is placed on the centre of the shirt, with ‘R.I.P’ printed above with a cross on each side - his date of birth and date of death are printed on the sleeve.

Simmons passed away on April 9 after going into cardiac arrest in hospital, and his memorial was held in the Barclays Centre last weekend - with West helping with stage design and his choir performing.

Read this next: DMX's casket was transported to memorial service on a monster truck

The service was streamed live on YouTube for thousands of fans to see, due to the ‘friends and family’ policy at the memorial.