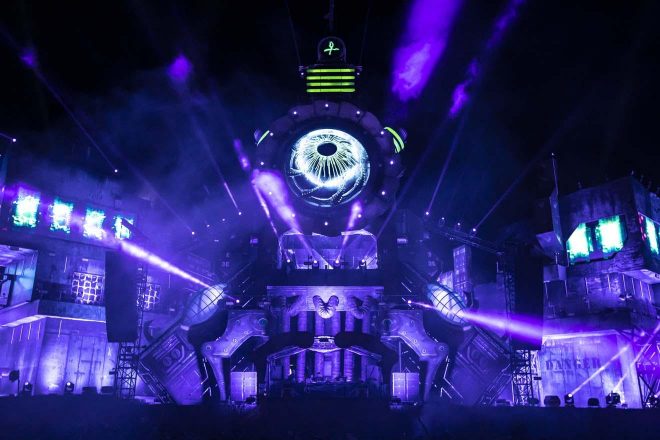 Festivals and large events are at imminent risk of cancellation if they don’t receive government-backed ‘COVID insurance’.

Developments have been made on the situation after recent statements about the risk of festival season going ahead, with events such as Shambala, Boomtown (pictured) and Download now postponing until 2022, heightening the concern that others will follow.

A report claims that 92.5% of festival organisers would not be willing to go ahead if no security is given. Paul Reed, chief executive of The Association of Independent Festivals (AIF) stated that a government-backed protective scheme is “vital, not optional.”

“The average cost of staging an independent festival is over £6 million,” he said following Boomtown’s decision to cancel this year’s event. He predicts that more festivals will now begin to cancel in the coming weeks.

Despite non-socially distanced events trials running in Liverpool next week, the results from the government-run programme are not due back until late May.

Greg Parmley, CEO of Live, has written to Boris Johnson to warn that hundreds of festivals could cancel if no scheme is in place. With the events industry being worth billions to the UK, an insurance broker has said that a government-funded scheme would only cost £250 million.

Tim Thornhill, director of Tysers insurance brokers, said: "We have provided a workable proposal for a government-backed insurance scheme, which will unlock money to the supply chain, taking thousands of staff off furlough backing the confident statements made by the government. Using live music and festivals as an example, the scheme that has been designed by the industry would have a liability of less than £250 million if every single event were to be cancelled for a whole year. This would unleash an estimated £9.1 billion of value to local and national economies, insuring £1.1 billion of costs for live music events and festivals for a year."

An ‘unprecedented’ Culture Recovery Fund has now given out £34 million of funding to support festivals, but with a rise in urgency for events to start selling tickets and begin their planning, many have refused to take the risk.

AIF have stated: “if, for whatever reason the event can’t go ahead for a Covid-related issue, for an independent business it would bankrupt them”, following Boomtown’s cancellation. The festival received £991,864 from the Culture Recovery Fund, but will not be going ahead this year.