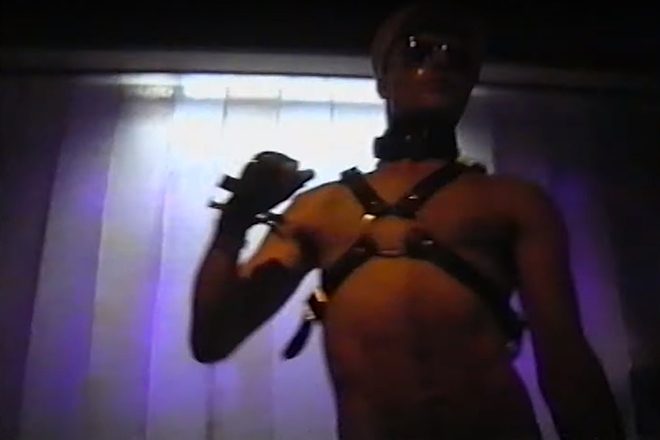 A new film called Meat Rack made by Harry Lawson paying tribute to Glastonbury’s NYC Downlow is out now.

Read this next: Block9's NYC Downlow might just be the best festival arena on the planet

The popular queer club founded by Block9 in 2007 has become a beloved staple of the festival, famous for its loose atmosphere, sweat-soaked dancefloor and 80s New York Meat Packers Warehouse aesthetic.

Meat Rack was shot on a variety of formats at the festival’s 2017 edition on the 10th anniversary of NYC Downlow. The 16-minute film gives an insight into the construction of the venue and its hot and heavy atmosphere, with a banging soundtrack accompanying footage of the Downlow’s staff, performers and punters.

Read this next: Classic images of NYC Downlow will make you wish it's Glastonbury every weekend

It’s only available to watch until Tuesday, June 30, across the week Glastonbury’s 50th anniversary edition was scheduled to take place.

Block9 is also releasing a selection of its favourite DJ sets from the past 12 years at the festival, from across its NYC Downlow, Genosys, IICON and London Underground stages. Listen on the Block9 SoundCloud or via thenycownlow.com from 11am on Friday June 26.

Block9 and The Downlow Radio are fundraising for a number of charitable causes including race equality think tank Runnymede Trustt and Médecins Sans Frontières/Doctors Without Borders. Donate via GoFundMe.