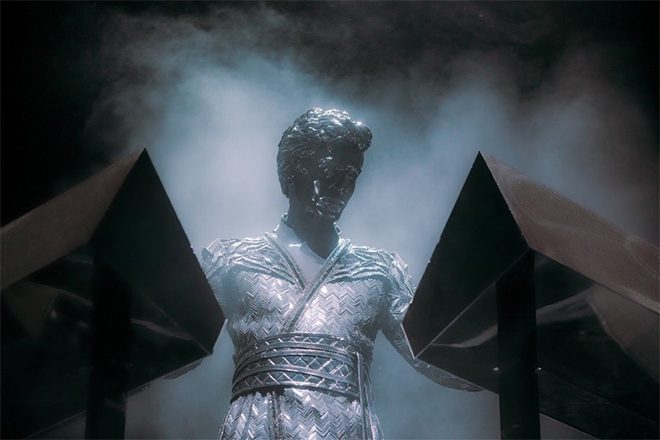 Following his much-anticipated return to the live stage at Coachella this year, Gesaffelstein is bringing a run of shows to nine cities across the US this Fall.

Debuting what is being hailed as his "darkest" and most "sonically stunning' live show to date, is easy to see that Gesaffelstein has returned in full force. The new show see's the French techno phenom kitted out in an outfit made of Vantablack VBx2 - the darkest substance known to man. Gesaffelstein became the first artist to use the material on stage. Vantablack paint is a coating so black, it makes 3D objects appear two-dimensional and only reflects 0.036% of the light that strikes it.

The new live show comes following the release of his long-awaited album 'Hyperion' which dropped on March 8 via Columbia Records and features artists such as Pharrell Williams, family pop-rock trio Haim and electro pioneer, The Hacker.

Kicking off on November 7 in San Francisco, CA, the tour will make stops in Los Angeles, San Diego, Denver, Detroit, Chicago, Boston and Washington DC before wrapping in Atlanta on November 27. Gesaffelstein will also bring his performance to Governors Ball in NYC on May 31.

Everything you need to know about Gesaffelstein
Gesaffelstein teases his return with two mysterious billboards
The Hacker: In Session