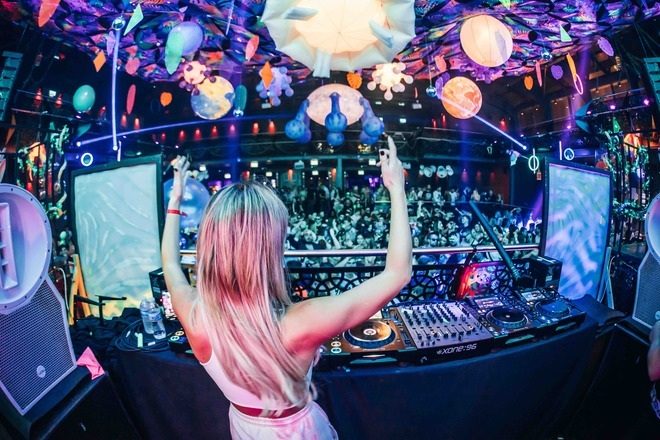 Foreverland is returning for 2021 with its new theme, Neon Jungle. Having debuted the theme and event for this year at Studio 338 in London at the end of August, the party begins its full UK tour in Manchester next week, on October 1. This year’s tour is also visiting Birmingham, Lincoln, Bristol, Leeds, Cardiff, Bournemouth, Leicester and - for the first time since March 2019 - Glasgow.

Read this next: The ‘History of House’ art exhibition is relaunching in the UK and Ibiza

With the brand describing itself as defined by house and tech-house, plus “plenty of nuances along the way”, the event boasts headliners such as James Hype, Low Steppa, Weiss, Secondcity and Endor.

The line-up also includes DJs such as AmyElle and Tita Lau, whose respective profiles have risen over the last eighteen-month break. Residents - such as pictured Kayley Harriet, will also be involved.

“We’re putting a focus on the whole sensory experience, adding themed smells to the venues to differentiate Foreverland shows from all other experiences revellers might have had. We’re incorporating a lot more technology into the stage builds and SFX, using holographic projections, water pumps and moving levers to add motion to parts of the decor build,” Foreverland explains.

Having emerged seven years ago in Bournemouth, and selling 130,000 tickets throughout the UK and 26 cities abroad since, Foreverland will be heading to nine cities over the next few weeks. You can register for tickets here.