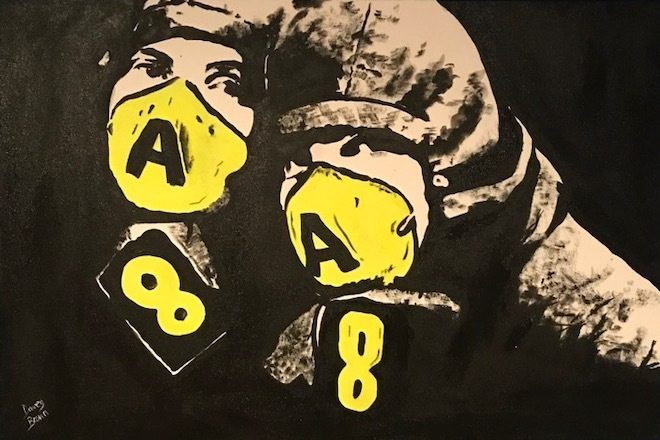 Since its success in 2019 between Newcastle, London and Ibiza, the ‘History of House’ exhibition - by artist Davey Brown - is relaunching in November, visiting a multitude of locations.

The exhibition was taken to Newcastle Racecourse two weeks ago, and viewed by 10,000 people, although the venue has already asked Brown to return for a full tour to be viewed by 60,000 people upwards.

While specific dates for this year’s tour are yet to be confirmed, the exhibition will be visiting Newcastle, Manchester, Leeds, London, Durham, Bristol, Glasgow, Brighton, Birmingham, Edinburgh, Leicester, Dublin, Hertfordshire, Bedford, Belfast and Sheffield.

It’ll be returning to Ibiza’s Cafe Mambo too - as owner Javier Anderson is a big fan - with added plans to visit Cyprus and the US.

The exhibition will involve a collection of portraits of some of the world's best DJs from the beginning of house music to the present day: think Frankie Knuckles, Todd Terry, Pete Tong and Carl Cox.

Poems - also written by Brown - about the scene will accompany the artwork too, adding a multimedia touch to this year’s exhibition.

These poems, paintings and images of each leg of the exhibition will be combined with stories and facts about various venues and DJs to form a book being put together by Brown: also called 'The History Of House’. This book will be launched in Newcastle, Ibiza, London and Glasgow with DJs playing alongside.

You can find out more about the exhibition and Davey Brown’s work on his website.