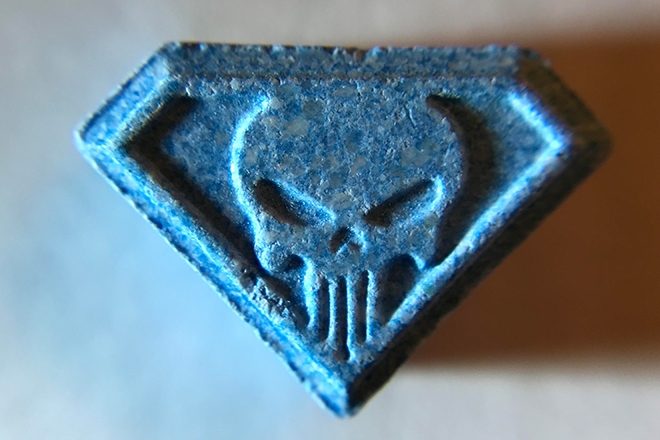 The organizers of Parklife Festival have tweeted out a warning about the circulation of blue ‘Punisher’ ecstasy pills which is thought to be linked to the two tragic drug related deaths at Portsmouth Mutiny Festival this past weekend.

After testing the substance’s potency, the drug awareness non-profit company The Loop confirmed that these ominous 'Punisher' pills have “a strength over 330mg” - almost four times the amount of MDMA found in a typical ecstasy pill.

Dorset Police issued this same exact warning earlier this year after two people had to be treated in Bournemouth after suffering "serious side-effects." It's said one of those treated experienced convulsions and psychosis, while the other was vomiting.

No doubt you have seen in the press about two very sad tragedies at a festival over the weekend.

There is a VERY strong batch of pills in circulation, with strength over 330mg. These tablets, along with others, can result in death. Please act responsibly & look after each other. pic.twitter.com/rfY1XixtCF