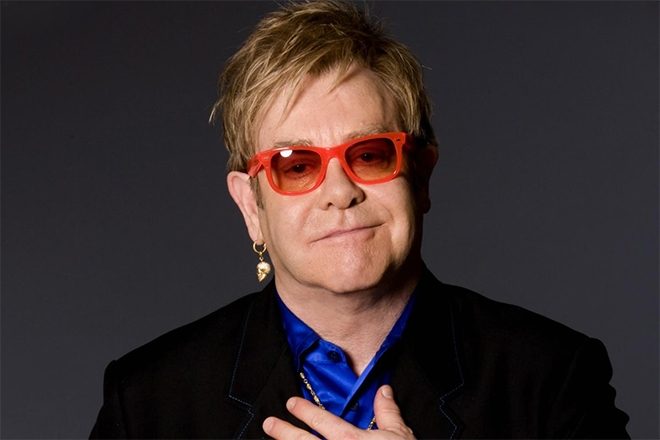 Elton John has said that "the Brexit negotiators didn't care about musicians."

The legendary pop star has used an op-ed in The Guardian to call on the government to renegotiate freedom of movement for British musicians in the wake of Brexit.

"Music is one of Britain’s greatest cultural exports. It contributed £5.8bn to the British economy in 2019, but was left out of the Brexit trade negotiations when other industries weren’t," John wrote.

"Workers from some professions are still allowed to travel on business without applying for a visa. But not musicians. Either the Brexit negotiators didn’t care about musicians, or didn’t think about them, or weren’t sufficiently prepared. They screwed up. It’s ultimately down to the British government to sort it out: they need to go back and renegotiate."

Read this next: Elton John "The Prodigy are one of the most original groups ever"

While it'll be slightly simpler for British DJs to tour the EU under new Brexit rules due to them travelling solo or with a small team and only needing a USB stick and headphones to play, travel gets more complicated for live musicians and bands who are used to carrying instruments abroad.

British artists will have to secure a work permit to play in Europe (usually provided by an event promoter and facilitated by an artist's booking agency) and will have to pay for a "carnet", or a list of items that includes musical instruments which are allowed to cross borders. There's also the issue of "cabotage", or rules meaning that UK freight companies can only make two stops in the EU before they have to come home again. This will make it harder for musicians to book UK companies to take them on tour.

Elton John warns that while mainstream artists with plenty of infrastructure around them will be able to deal with this, smaller, younger or more experimental acts will suffer the consequences of costs and bureaucracy.

Read this next: Elton John "A Tribe Called Quest are the seminal hip hop group of all time"

"If you’ve just made your first album, and you’ve got that fresh momentum building behind you, it’s no use waiting for two or three years before you tour – you have to catch that energy while it’s on fire, you have to go out and play, and you have to take yourself to as many different audiences as possible," he wrote.

"Just to reiterate: this isn’t about Elton John. It’s about ensuring that emerging artists have the space to nurture their own talent and broaden and build their audiences. We need a new generation of superstars, not least because one generation of superstars – my generation – are getting older, retiring and dying off. This is about more than just pop music: it affects folk singers and jazz players, classical musicians, orchestras and opera companies too. And it’s also about cult bands and performers and artists who are making stuff that is too experimental for mass appeal," he continued.

Elton John has long been a champion of new music, having most recently worked with Gorillaz and bigged up Channel Tres.

He recounted memories of his early days cutting his teeth as a musician on tour in Europe, telling anecdotes about playing a residency in Hamburg's red light district and having a hot dog thrown at him on stage in Paris. He called the new rules for musicians an "administrative nightmare" and lamented how hard it could be for new artists to have the same rite of passage and cultural exchange with Europe that he did.

Read this next: Why Brexit won't destroy touring for DJs and electronic musicians

"What musicians need now is a short-term fix. We should set up a support organisation, funded partly by the music industry itself, where artists who don’t have the kind of infrastructure that I benefit from can access lawyers and accountants to help them navigate the touring problems created by Brexit," he concluded.

"The pandemic has put a stop to live music in the immediate future, so we should use the window of opportunity we have now to set this support organisation up."

Elton John called on the government to renegotiate rules for British musicians with the EU ahead of a parliamentary debate that is taking place this afternoon.