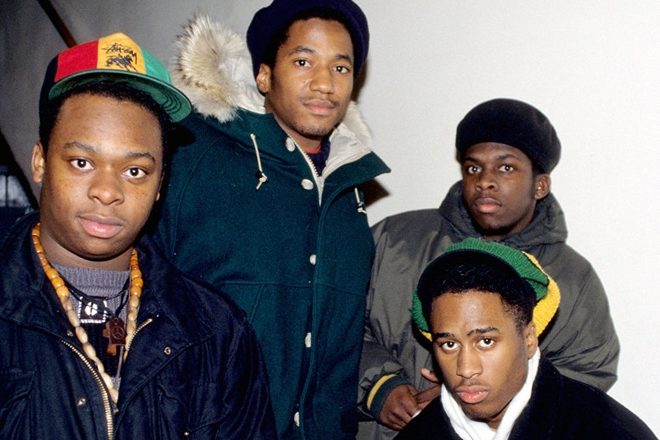 Elton John has revealed he’s a big fan of A Tribe Called Quest, labelling them the “seminal hip hop band of all-time” in a new interview with Q-Tip on his Rocket Hour radio show on Beats 1 which is due to be broadcast today, March 21.

John goes heavy on praise for the legendary hip hop outfit, saying: “If you don’t know A Tribe Called Quest, you’re stupid, but if you listen to [‘Electric Relaxation’], you’ll understand why I rave about them.”

He also calls Q-Tip, a founding member for the group, “amazing” and “a legend in music”, telling him ‘Electric Relaxation’ is among his top tracks released in 1993.

Q-Tip receives the praise gratefully, saying: “Can I just say something? I really pinch myself when you say that something that I did is a favorite track. I’m just like still kind of like, ‘Am I dreaming?’ I feel like I’m in a different universe.”

The pair also discuss John’s vocal and piano feature on the final ATCQ record ‘We Got It From Here… Thank You 4 Your Service’ which was released in 2016.

“I was so happy to play that,” says John. “That’s where we first met, you came to London, and we did a track in the studio, and it was such a huge honour for me. I was so excited. I just absolutely love this.

“That is such a great track. The album is a fantastic record. If you’re gonna bow out with a record, you better do something like that.”

In response, q-Tip thanked John for featuring on the record, saying “It meant so much to me.”

They also discussed working together in the future.