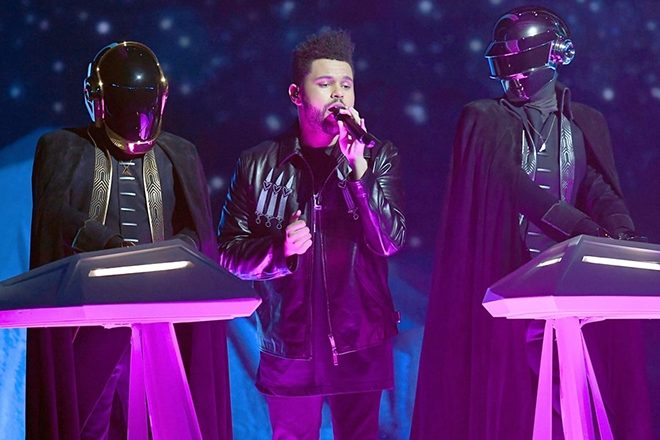 Daft Punk weren't even meant to appear at the iconic half-time show for the Super Bowl, yet people on Twitter were fuming so much that they didn't perform with The Weeknd that the robot duo's name was trending.

The Weeknd was the star booked to play at half-time at Super Bowl LV and, due to the singer's past collaborations with Daft Punk, people may have had the slimmest hopes Guy-Manuel de Homem-Christo and Thomas Bangalter would appear. They previously performed with The Weeknd at the Grammy Awards in 2017.

It's not a surprise people were upset, especially as the Canadian artist sang 'Starboy' and 'I Feel It Coming', both tracks that Daft Punk helped write and produce.

One big DP fan was clearly moved by The Weeknd performing the songs in the interval for the Tampa Bay Buccaneers and Kansas City Chiefs game at the Raymond James Stadium in Tampa, Florida.

Another user clearly felt teased by The Weeknd for playing the tracks without any appearance from the French pair.

The super bowl half time was amazing... but when you drop two songs involving Daft Punk, I was Lowkey praying for them to make an appearance.... pic.twitter.com/69XEc5suOO

Someone else made a joke that - because the accompanying band were wearing masks - Daft Punk would definitely be joining him on stage.

Super Bowl halftime performance with mandatory masks, 2 Daft Punk songs, but no appearance from the robots 😭

Read this next: No rules: How Daft Punk's 'Homework' changed dance music forever

Alas, Daft Punk didn't appear so we'll just have to do with this previously unreleased footage of them playing live in Chicago.

The Weeknd's manager Wassim 'Sal' Slaiby recently revealed that the singer spent $7 million on ensuring the half-time show was up to scratch.