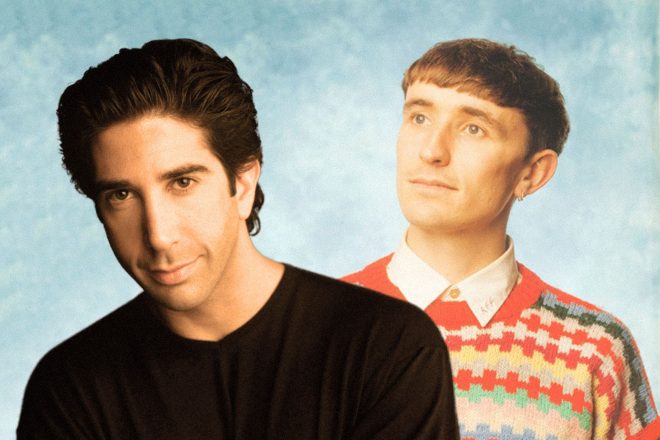 Following the news that UK artist Ross From Friends will be releasing his new EP via Flying Lotus’ Brainfeeder imprint this month, Hollywood actor David Schwimmer - who played the character of Ross on the hit US sitcom Friends - has filed a full-blown defamation of character lawsuit against the lo-fi linchpin.

According to The Hollywood Reporter, Schwimmer has been harboring negative feelings towards Flying Lotus after being denied the role of Roach Man in the artist’s directorial debut Kuso. After hearing the hazy and dance-infused production of Brainfeeder’s latest signing, Schwimmer entered what his lawyer is calling “a total creative collapse” which has “stunted his own musical ambitions.”

Back in 2011, Schwimmer dropped his failed experimental album titled ‘I’ll Be There For You’. The 10-track LP - which landed on Bandcamp as a pay-what-you-like digital release - was meant to pay homage to the 10 seasons of the show Friends through the use of soundscapes, laugh-tracks and amusing one liners taken from the sitcom.

When Schwimmer discovered that Ross From Friends often samples moments from the show for his own production, the actor launched into a 500-word tirade on social media, using all-caps to write statements such as: “NAME THIEF!”, “HOW DID YOU MAKE ME SOUND LIKE THAT?”, “THAT IS NOT WHAT I SOUND LIKE!”, and “YOU ARE RUINING ALL THE JOKES!”

The last known public sighting of Schwimmer was captured by TMZ, who spotted the actor begging for SoundCloud follows outside of Low End Theory in East LA.