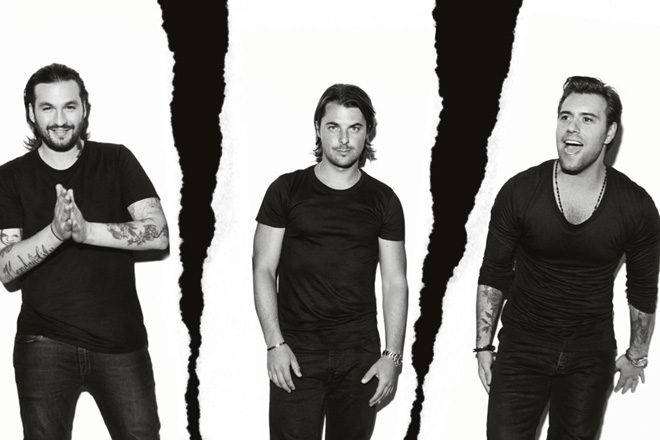 Swedish House Mafia have split up just one week after their reunion show, sources close to the supergroup tell Mixmag.

It’s been exactly seven days since Sebastian Ingrosso, Axwell and Steve Angello got back together to play during Ultra Music Festival’s final day, reviving a group many thought was long retired to the annals of dance music history.

Although the reception to the show was positive and instigated several rumours about where the trio could be headed to next, it seems like creative differences have already torpedoed the Swedes’ return to the main stages of EDM.

And it’s the now controversial sound that took over North America during the early 00s that’s the cause of the friction.

“The guys are totally divided on what music they should produce next,” says Divinity Schwap, who removes the crusts from the group’s lunchtime sandwiches while they’re on tour. “Steve’s convinced that a synergy between tropical house and country music is the future, while Axwell’s been obsessed with tech-house ever since he and Paris Hilton went on a four-day warehouse party bender in LA. As for Seb, he thinks an algorithm could produce all of Swedish House Mafia’s tracks from now on.”

Our sources say the trio left Ultra in seperate tour buses after a discussion about studio time erupted into an argument, which left Axwell cowering behind a mini-fridge and a sticky concoction of Red Bull and Ciroc splattered across Steve Angello’s boxfresh Balenciaga sneakers. “Oh man, I queued in line all night to get these,” the brokenhearted Angello is reported to have said.

Relations between the trio are now ice cold, with the SHM group chat dormant since last weekend and individual DMs left on read. The rumour mill continues to spin, though: could the proposed Swedish House Mafia algorithm become even more powerful than the real thing?