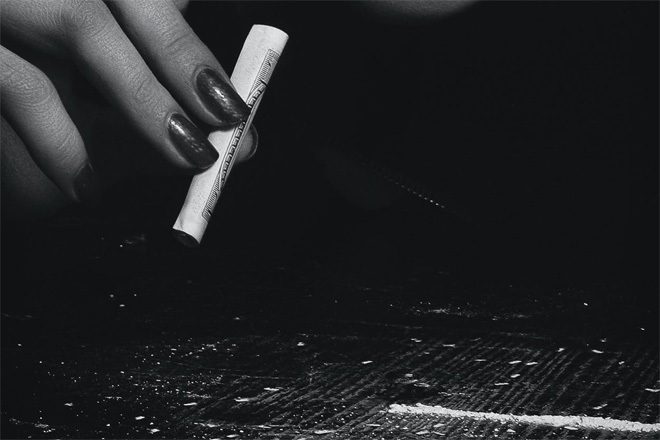 Pubs and venues in Darlington will trial an anti-cocaine spray on surfaces to deter people from using Class A drugs.

This move comes after Durham Constabulary introduced "BLOKit" at 24 licensed premises in Darlington. This is in hopes of reducing drug-taking in the town centre.

BLOKit, the spray that is being distributed to these venues, is a surface coating designed to reduce the use of cocaine and other powdered narcotics.

Read this next: British cocaine gangs are collaborating with oversees rivals to increase supply


The clear chemical adheres to most surfaces and causes powdered narcotics, such as cocaine, to expand and stick to the surface.

If the user tries to scrape off and consume the drug, it contains a strong bittering agent that leaves an unpleasant taste that lasts for hours.

It is already in use in hundreds of venues across the country, however, the 24 licenced venues in Darlington will be the first to use it in the North East.


The police force tweeted; “We have become the first police force in the region to begin using a groundbreaking anti-cocaine spray to deter drug taking in pubs and clubs.”

📢 We have become the first police force in the region to begin using a groundbreaking anti-cocaine spray to deter drug taking in pubs and clubs.

This scheme is supported by the local council who have outlined that they want to reduce drug intake and “make Darlington an even safer place to live, work and visit.”

Read this next: Insta-Gram: How British cocaine dealers got faster and better


Sergeant Matt Plumb, from Darlington Neighbourhood Police Team, said: “Darlington is just like any other large town or city – people do take recreational drugs here, and we would be naive to think otherwise.

"The difference here is that we are doing something proactive to tackle it.

"We regularly deploy passive drugs dogs in the town centre and what we found in the majority of the cases where the dog indicated drug use, it was found to be cocaine.

“The risks of taking cocaine and other recreational drugs are well-documented, but it doesn’t just cause physical damage to the people who take it – it funds organised crime and can destroy the communities in which these groups operate."

Read this next: Scotland could introduce warnings for Class A drug possessions


However, drug harm reduction researchers and organisations believe that this initiative can do more harm than good and have called it a "waste of police money".

Speaking to Mixmag, drug researcher Ant Lehane from Volteface said: “This initiative will do nothing to tackle unprecedented drug deaths which have been on the rise for almost a decade, and is a total waste of police money.

"As other police forces continue to focus on diversion, education and rehabilitation, this is an incredibly disappointing revelation. The spray may increase the harm of people using cocaine, as people will likely use a key, where accurate dosing is more difficult.

"With purity at record levels in the UK, this is a huge issue and a backwards step for drug policy reform."