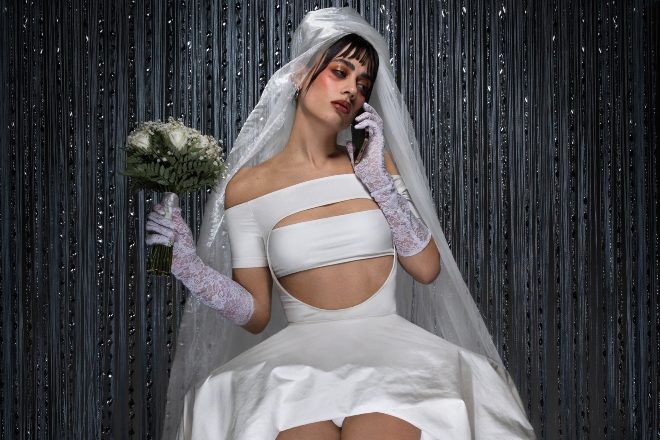 The four-track record is set to feature her latest self-produced single ‘WIZZ’, a bubbly bass-house track vocalised by COUCOU herself. ‘ONE’ will follow her last highly-acclaimed 2019 EP, ‘NAUGHTY DOG’.

The video for her latest single dropped last week directed by long-term collaborator Samuel Ibram, which sees the singer and producer lay back in a pink limousine while sporting a wedding dress.

Read this next: Shygirl drops second single of 2021, 'Cleo'

COUCOU’s new record was conceptualised and created during the pandemic, spinning her frustrated lockdown emotions into a club-ready EP with some prime examples of her vocal savvy, such as the breathy EP-closer, ’BLINK’.

In an interview with Crack, COUCOU said that she wanted to start expressing herself “through a lot of mediums,” including visuals: “You know, there is the music, but I also want to build my own universe,” she said.

Read this next: Lady Gaga confirms 'Chromatica' remix album is dropping on Friday

The singer, producer, DJ and co-founder of NUXXE collective alongside Sega Bodega and Shygirl found herself on Lady Gaga’s latest project, ‘Dawn of Chromatica’, where COUCOU produced a remix of Gaga’s ‘Stupid Love’ for the experimental hyperpop record.

COUCOU is currently touring the UK by the side of Mykki Blanco. Watch the music video for the producer’s latest single, ‘WIZZ’, below, and pre-order her forthcoming EP here.