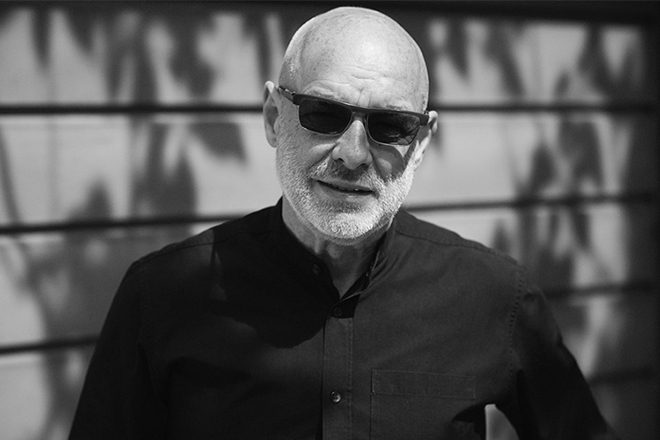 The British pioneer put the action plan into place with aims to raise $100 million from the industry collectively by 2030. The money will support the ‘most impactful organisations addressing the climate emergency’, according to EarthPercent’s website.

Read this next: How dance music can limit its environmental impact

Brian Eno is best known for his innovative work in ambient and experimental music, tracking back to his beginnings in visual arts, production and music theory. Now, Eno is hoping to tackle climate change with the help of his platform.

He stated: “EarthPercent seeks to hold the planet as a stakeholder,” following Earth Day on April 22. “EarthPercent’s stellar advisory panel makes makes the process easy for the music industry to donate to environmental organisations, safe in the knowledge the money will be reaching only those projects with demonstrable and meaningful impact.”

With 1000 touring DJs taking over 51,000 flights in 2019 prior to the pandemic, the music industry has played a detrimental part to the world’s climate crisis.

As the impact is being noticed across the industry, changes have started to take place in recent months. Beggars Group and Ninja Tune have both pledged to become carbon neutral by 2022, while many festivals and events are now boosting the green agenda, mapping a more sustainable approach to event planning.

Thanks all who are getting in touch, sharing our news and asking for more info. Pls join the journey by adding your email at https://t.co/Cop8aG5phy and we will be in touch soon! 💚🙏 pic.twitter.com/ypLaqdYtem