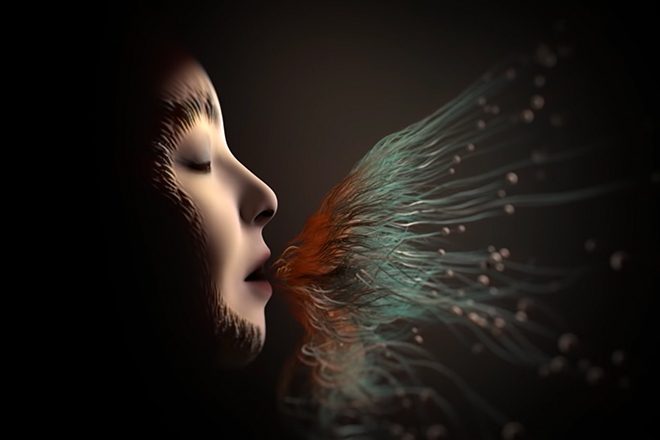 Former Mixmag cover star Björk has dropped a new music video for the song 'Losss' off her 2017 album 'Utopia'.

Using the same amorphous and floral visual styling that he employed in his last music video for the Icelandic superstar's track 'Tabula Rasa', director Tobias Gremmler brings Björk to unimaginable planes of existence with his mind-boggling digital rendering.

"No one captures digital sensuality like him, elegant and expressive," writes Björk in the music video's description. "This is made for the multiple screens of 'Cornucopia' and we share it all here on one for your laptop screen... we based the visuals on the conversations between our inner optimist and pessimist. When I recorded this, I tried to sing in a deeper tone. For one of them in the left speaker and a higher optimist in the right. If you listen on headphones, it will match the imagery."

Having spent much of the summer in NYC performing her stage concert 'Cornucopia' - a live show which Björk has called "her most elaborate to date" - at the new Manhattan venue, The Shed, the music pioneer has recently announced that she will be bringing the show to London's 02 Arena on November 19 as part of her 'Cornucopia' Tour.

Check out the tour dates and watch music video for 'Losss' below.

The Cover Mix: Björk
Björk reissues her albums on multi-colored cassettes
Björk plays a surprise DJ set at her former school's dance
Get the best of Mixmag direct to your Facebook DMs